LDS Church on the Marriage(s) of Jesus

Today The Da Vinci Code opens in U.S. theatres. There’s a lot of buzzing going on, including some from the LDS Church. Wednesday’s online Deseret News ran a short article titled “LDS do not endorse claims in ‘Da Vinci'” quoted here in part:

Dale Bills, a spokesman for The Church of Jesus Christ of Latter-day Saints, said in a statement released Tuesday: 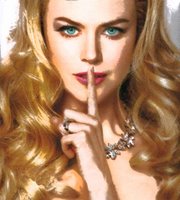 “The belief that Christ was married has never been official church doctrine. It is neither sanctioned nor taught by the church. While it is true that a few church leaders in the mid-1800s expressed their opinions on the matter, it was not then, and is not now, church doctrine.”

I don’t know quite how to take Mr. Bills’ claim. Two weeks ago here on Mormon Coffee I included a quote from Salt Lake Tribune journalist Pat Bagley:

Growing up in the church in California, I dutifully got up every morning during high school at 5:30 a.m. to attend seminary. It was there I first learned that the marriage attended by Jesus in Cana, where he famously turned water into grape juice, was probably his own.

If it’s taught in LDS seminary, isn’t it taught by the LDS Church? I suppose it might be an issue of where the seminary instructor got the idea in the first place. Was it just his or her speculation? If so, that teacher should have been replaced, but quick.

We don’t know where the teacher got his information, but quite possibly it could have come from LDS authorities. Consider this teaching from LDS Apostle Orson Hyde:

Jesus was the bridegroom at the marriage of Cana of Galilee, and he told them what to do.

Now there was actually a marriage; and if Jesus was not the bridegroom on that occasion, please tell me who was. If any man can show this, and prove that it was not the Savior of the world, then I will acknowledge I am in error. We say it was Jesus Christ who was married, to be brought into the relation whereby he could see his seed, before he was crucified. (Journal of Discourses 2:82. “A lecture by President Orson Hyde, delivered at the General Conference, in the Tabernacle, Great Salt Lake City, October 6, 1854.”)

As a side note, I’m not able to tell President Hyde who was married at the wedding of Cana, but I can tell him who wasn’t; John 2:2 says that both Jesus and His disciples were invited to the wedding. Grooms are not invited to their own weddings, they actually do the inviting. Jesus was not married at this wedding in Cana.

At any rate, if the President of the Twelve Apostles, speaking at General Conference, in his official capacity as an Apostle, said Jesus was married–and was never reprimanded for it–wouldn’t that indicate that the Church both taught and sanctioned the doctrine?

There was some fallout for Mr. Hyde, but not from the Church. In a sermon delivered five months later Mr. Hyde said,

I discovered that some of the Eastern papers represent me as a great blasphemer, because I said, in my lecture on Marriage, at our last Conference, that Jesus Christ was married at Cana of Galilee, that Mary, Martha, and others were his wives, and that he begat children.

All that I have to say in reply to that charge is this–they worship a Savior that is too pure and holy to fulfil the commands of his Father. I worship one that is just pure and holy enough “to fulfil all righteousness;” not only the righteous law of baptism, but the still more righteous and important law “to multiply and replenish the earth.” Startle not at this! (Journal of Discourses 2:210. “A sermon by President Orson Hyde, delivered in the Tabernacle, Great Salt Lake City, March 18, 1855.” Spelling retained.)

Mr. Hyde was still teaching this doctrine in 1857 (see Journal of Discourses 4:260). He was not the only LDS leader to teach that Jesus was married. LDS Apostle Orson Pratt taught:

One thing is certain, that there were several holy women that greatly loved Jesus–such as Mary, and Martha her sister, and Mary Magdalene;…now it would be very natural for a husband in the resurrection to appear first to his own dear wives, and afterwards show himself to his other friends. If all the acts of Jesus were written, we no doubt should learn that these beloved women were his wives. (The Seer, Washington D.C. edition, October 1853, page 159)

We have also proved most clearly that the Son followed the example of his Father, and became the great Bridegroom to whom kings’ daughters and many honorable Wives were to be married. We have also proved that both God the Father and our Lord Jesus Christ inherit their wives in eternity as well as in time; ..And then it would be so shocking to the modesty of the very pious ladies of Christendom to see Abraham and his wives, Jacob and his wives, Jesus and his honorable wives. all eating occasionally at the same table… (The Seer, Washington D.C. edition, November 1853, page 172)

The index of the Journal of Discourses says the marriage of Jesus was implied by Jedediah M. Grant. Eight months before being made an apostle Mr. Grant said:

…and what does [ancient philosopher Celsus] say upon the subject of Christ and his Apostles, and their belief? He says, “The grand reason why the Gentiles and philosophers of his school persecuted Jesus Christ, was, because he had so many wives; there were Elizabeth, and Mary, and a host of others that followed him.”

A belief in the doctrine of the plurality of wives caused the persecution of Jesus and his followers. We might almost think they were “Mormons.” (Journal of Discourses 1:345-346. “A discourse by Elder Jedediah M. Grant, delivered in the Tabernacle, Great Salt Lake City, Aug. 7, 1853.”)

There’s a more modern source for this teaching that may have been used by the seminary instructor who taught Mr. Bagley. LDS Seventy Milton R. Hunter wrote The Gospel Through the Ages in 1945. The preface states,

This book is designed primarily for a course of study in the Melchizedek Priesthood quorums of the Church. It is to be used by all high priests’, seventies’, and elders’ classes in their weekly meetings, beginning January 1, 1946….The volume has been written and published under the direction of the General Authorities.

As an authoritative course of study published under the direction of the General Authorities of the Church it seems that there should be no disputing that what it teaches is “official” and “sanctioned” by the Church. The book says,

“Operating in addition to and as part of natural laws are the Gospel ordinances. They were instituted by God the Eternal Father and His Son Jesus Christ before man was placed on this earth, for the purpose of assisting in bringing the sons and daughters of God back into Their presence. Such ordinances as baptism, confirmation, temple ordinances, priesthood ordinations, marriage, and others, are all part of the Gospel plan of salvation. All of these principles and ordinances of the Gospel are eternal. They were instituted before man was placed on the earth and are applicable to all human beings that live here…

So I really don’t understand Mr. Bills and his statement on behalf of the LDS Church. Clearly, he is spinning the truth.

3 Responses to LDS Church on the Marriage(s) of Jesus