My schedule didn’t permit me to attend the recent 2006 Sunstone Symposium in Salt Lake City, but I was able to get the CD of one particular presentation that caught my attention. It had to do with truth-telling and Mormonism. The two presenters (Scot Denhalter and Ryan Wimmer) addressed the very real issue of how the Mormon Church has a history of evading the truth, not only to outsiders, but in some cases, even to their own people. Wimmer gave examples of how the LDS Church utilizes a type of Al-Takiyah, a practice among Muslims that involves lying in the name of Allah. Some Muslims feel it is permissible to deceive the Kafir (unbelievers) in order to protect themselves or Islam. 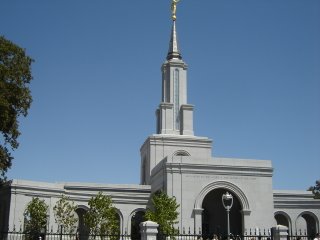 I personally experienced this LDS-Takiyah when in Sacramento recently. The LDS Church assured the local media that the Sacramento temple open house was meant to dispel all of “the myths” associated with these buildings and that church representatives were “prepared to answer any questions” the public had. The LDS public relations department said they were going to be as transparent as possible about their practices. Apparently the key words (pun intended) were “as possible.” The fact is, the media was not told the truth. The LDS Church never had any intention of showing all of the rooms. I have personally toured 16 different LDS temples and one room that is never part of the open house tour is the initiatory room where Mormon patrons are ceremoniously “washed and anointed.” Our tour group was told we could ask any questions. Yet, when I politely asked a few questions of our tour guide she complained to security that she felt “threatened.” Threatened? I merely asked why she was not forthright on our tour when I had earlier inquired about the Initiatory Room and the curtain in the Instruction Room. I went out of my way not to embarrass her publicly and stated my questions as politely and discreetly as I could. She admitted to me that she could only say what the Church told her to say. Twice she offered to get someone else to answer my questions. The second time I said that was not necessary and the conversation was over.

Oftentimes inquiries are side-stepped with the usual excuse that such topics are sacred to Mormons, but not secret. My suggestion to the LDS Church is, if they are going to take that approach then quit telling the media you are going to answer any and all questions. Instead of dispelling the myths the Mormon Church actually lends credence to the suspicion that it is not a trustworthy organization.

This entry was posted in Truth, Honesty, Prayer, and Inquiry and tagged Lying for the Lord, Sunstone, Temple tours. Bookmark the permalink.