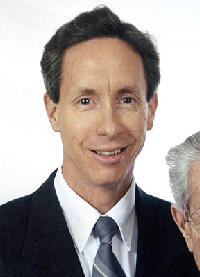 The leader of a polygamist Mormon sect, who’s been one of the country’s most sought after fugitives, is now behind bars…

Jeffs has been on the FBI’s Ten Most Wanted list since May, with a $100,000 reward being offered. He’s wanted in Utah and Arizona on suspicion of sexual misconduct. Authorities believe he arranged for older men to marry underage girls.

Sharon surrendered her life to the Lord Jesus Christ in 1979. Deeply passionate about Truth, Sharon loves serving as a full-time volunteer research associate with Mormonism Research Ministry. Sharon and her husband live in Minnesota.
View all posts by Sharon Lindbloom →
This entry was posted in Fundamentalist Mormonism and tagged FLDS, Warren Jeffs. Bookmark the permalink.

3 Responses to Warren Jeffs in Custody