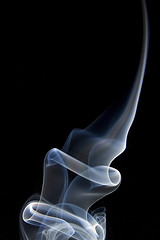 “I was opposed to hanging, even if a man kill another, I will shoot him, or cut off his head, spill his blood on the ground, and let the smoke thereof ascend up to God; and if ever I have the privilege of making a law on that subject, I will have it so.” (History of the Church 5:296)

After Smith’s death and the prophetic mantle passed to Brigham Young, the second LDS prophet expressed some similar thoughts:

“I know that there are transgressors, who, if they knew themselves and the only condition upon which they can obtain forgiveness, would beg of their brethren to shed their blood, that the smoke might ascend to God as an offering to appease the wrath that is kindled against them, and that the law might have its course.” (Journal of Discourses 4:43, September 21, 1856)

“I say, there are men and women that I would advise to got to the Presidency immediately, and ask him to appoint a committee to attend to their case; and then let a place be selected, and let that committee shed their blood. We have those amongst us that are full of all manner of abominations, those who need to have their bloodshed, for water will not do, their sins are too deep a dye … I believe that there are a great many; and if they are covenant breakers we need a place designated, where we can shed their blood … Brethren and sisters, we want you to repent and forsake your sins. And you who have committed sins that cannot be forgiven through baptism, let your blood be shed, and let the smoke ascend, that the incense thereof may come up before God as an atonement for your sins, and that the sinners in Zion may be afraid.” (Journal of Discourses 4:49-51)

For discussion: What message do you think these LDS prophets, seers and revelators meant to convey to their listeners? What did they mean by their remarks?

For further reading see Blood Atonement – If It Was Never Taught, Why Do So Many Mormons Believe It? by Bill McKeever.

Sharon surrendered her life to the Lord Jesus Christ in 1979. Deeply passionate about Truth, Sharon loves serving as a full-time volunteer research associate with Mormonism Research Ministry. Sharon and her husband live in Minnesota.
View all posts by Sharon Lindbloom →
This entry was posted in Brigham Young, Joseph Smith, Mormon History. Bookmark the permalink.

66 Responses to Expounding the Prophets