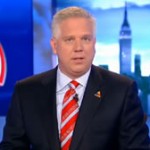 Glenn Beck, an outspoken member of the Church of Jesus Christ of Latter-day Saints, caused quite a stir on his July 13, 2010 broadcast when he spent a good portion of his show explaining the difference between the Christian view of individual salvation, and the collective view of salvation proffered by proponents of Black liberation theology. He explained:

“You cannot earn your way into heaven. You can’t! There is no deed, no random act of kindness, no amount of money to spread around to others that earns you a trip to heaven. It can’t happen. It’s earned by God’s grace alone, by believing that Jesus died on the cross for you. This is what Christians believe.”

This entry was posted in Uncategorized and tagged Glenn Beck. Bookmark the permalink.