Mitt Romney’s second campaign for President is, predictably, generating a lot of talk about Mormonism. And, again predictably, Mormons are stepping up their online efforts to set the record straight. Latter-day Saint Dinah Chance from Freeport, Florida wrote a letter to the editor of The Northwest Florida Daily News in which she stated,

“If Christians would put aside their petty doctrinal differences and love one another in the name of Jesus Christ, great changes would occur in our beloved country. Baptist, Evangelical, Methodist, Catholic and a host of other Christian religions are founded on the Gospel of Jesus Christ. Sadly, it seems they just can’t love one another because of too much pride in their doctrinal differences.

“How Christian is that? What does Jesus think? Did He die for this?

“My point: Mitt Romney is a Christian! Mormons are Christians! Anyone who says differently is an uneducated person.

“…Christians need to love and band together for the sake of this country.” 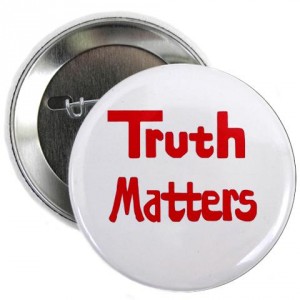 Frankly, it’s surprising to hear Mormons suggest that the doctrinal differences between Christianity and Mormonism are of little importance or trivial. Didn’t Joseph Smith say false doctrine was one reason God needed him to remain separate from Christian churches in 1820 and restore the true church? Smith wrote:

“My object in going to inquire of the Lord was to know which of all the sects was right, that I might know which to join. No sooner, therefore, did I get possession of myself, so as to be able to speak, than I asked the Personages who stood above me in the light, which of all the sects was right (for at this time it had never entered into my heart that all were wrong)—and which I should join. I was answered that I must join none of them, for they were all wrong; and the Personage who addressed me said that all their creeds were an abomination in his sight; that those professors were all corrupt; that: ‘they draw near to me with their lips, but their hearts are far from me, they teach for doctrines the commandments of men, having a form of godliness, but they deny the power thereof.’” (Joseph Smith—History 1:18-19)

If these abominable creeds reflected mere petty differences, if what was taught for doctrine was really of little importance, why bother with the whole Restoration? Did Joseph Smith have “too much pride in [his] doctrinal differences” to love Christians and work with them for the greater good?

I invite Mormons everywhere to set aside whatever petty (as you say) doctrinal differences you have with biblical Christianity to band together with Christians in love and worship of the One True God – not for the sake of the country, but for the sake of your souls, and to fulfill the higher call of Christ for His glory.

Sharon surrendered her life to the Lord Jesus Christ in 1979. Deeply passionate about Truth, Sharon loves serving as a full-time volunteer research associate with Mormonism Research Ministry. Sharon and her husband live in Minnesota.
View all posts by Sharon Lindbloom →
This entry was posted in Great Apostasy, Mitt Romney and tagged Doctrine, First Vision, Mitt Romney. Bookmark the permalink.