What Happened to the Trinity in Mormonism? 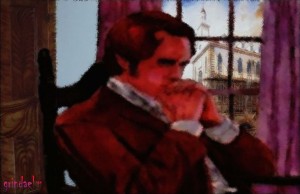 I often wonder about certain teachings in the Mormon Church that sort of ‘fell by the wayside’ so to speak. One of those was the doctrine of the Trinity. Once, it seems, Mormons believed in the doctrine of the Trinity, which then changed to a Modalistic version of the Godhead until about the time that Joseph Smith started taking Hebrew lessons from a man named Joshua Sexias, and one Michael Chandler arrived in Kirtland with some Egyptian Mummies. After that, Smith taught there were many gods, and that the god he worshipped was once a man.

If one goes to the 1830 printing of the Book of Mormon, one reads verses that support the Monotheism Smith taught at this time. Note these verses and their later alterations:

In 1832, when Joseph Smith penned his first account of his claimed 1820 vision, he wrote:

“When the light rested upon me I saw two Personages, whose brightness and glory defy all description, standing above me in the air. One of them spake unto me, calling me by name and said, pointing to the other — This is My Beloved Son. Hear Him!” (JS-H 1:17, emphasis mine)

In the same year that Joseph penned his first account of his claimed First Vision (1832), we find this amazing commentary written in the Evening And Morning Star, under the title of ‘The Excellence of Scripture’:

“Through Christ we understand the terms on which God will show favour and grace to the world, and by him we have ground of a PARRESIA access with freedom and boldness unto God. On his account we may hope not only for grace to subdue our sins, resist temptations, conquer the devil and the world; but having ’fought this good fight, and finished our course by patient continuance in well doing, we may justly look for glory, honor, and immortality,’ and that ‘crown of righteousness which is laid up for those who wait in faith,’ holiness, and humility, for the appearance of Christ from heaven. Now what things can there be of greater moment and importance for men to know, or God to reveal, than the nature of God and ourselves the state and condition of our souls, the only way to avoid eternal misery and enjoy everlasting bliss!

“The Scriptures discover not only matters of importance, but of the greatest depth and mysteriousness. There are many wonderful things in the law of God, things we may admire, but are never able to comprehend. Such are the eternal purposes and decrees of God, THE DOCTRINE OF THE TRINITY, the incarnation of the Son of God, and the manner of the operation of the Spirit of God upon the souls of men, which are all things of great weight and moment for us to understand and believe that they are, and yet may be unsearchable to our reason, as to the particular manner of them.” (The Evening And Morning Star, Vol. I, INDEPENDENCE, MO. JULY, 1832. No. 2. page 12, emphasis mine)

When one considers the Book of Mormon teaching, and looks at the Lectures on Faith, which were published in the 1835 Doctrine and Covenants, and voted on as binding doctrine by the Church, one can see the striking similarities, and his change from Monotheism to Modalism. Take this verse from 1st Nephi:

“And he said unto me, Behold, the virgin whom thou seest is the mother of God, after the manner of the flesh.”

Now compare this to Lecture Fifth, from the Lectures on Faith:

“There are two personages who constitute the great, matchless, governing and supreme power overall things…They are the Father and the Son: The Father being a personage of spirit, glory and power: possessing all perfection and fulness: The Son, who was in the bosom of the Father, a personage of tabernacle, made, or fashioned like unto man, or being in the form and likeness of man, or, rather, man was formed after his likeness, and in his image;–he is also the express image and likeness of the personage of the Father: possessing all the fulness of the Father, or, the same fulness with the Father; being begotten of him, and was ordained from before the foundation of the world to be a propitiation for the sins of all those who should believe on his name, and is called the Son because of the flesh.” (Lectures on Faith, 5:2, emphasis mine)

In the questions and answers, at the end of each lecture, we find clarification:

Q. Why was he called the Son?
A. Because of the flesh.

Q. Do the Father and the Son possess the same mind?
A. They do.

Q. What is this mind?
A. The Holy Spirit.

Thomas G. Alexander, writing for Sunstone in July of 1980 explained that,

“The Lectures on Faith differentiated between the Father and Son somewhat more explicitly, but even they did not define a materialistic, tritheistic Godhead.  In announcing the publication of the Doctrine and Covenants which included the Lectures on Faith, the Messenger and Advocate commented editorially that it trusted the volume would give ‘the churches abroad…a perfect understanding of the doctrine believed by this society.’ The Lectures declared that ‘there are two personages who constitute the great matchless, governing and supreme power over all things–by whom all things were created and made.’ They are ‘the Father being a personage of spirit,’ and ‘the Son, who was in the bosom of the Father, a personage of tabernacle, made, or fashioned like unto man, or being in the form and likeness of man, or, rather, man was formed after his likeness, and in his image.’ The ‘Articles and Covenants’ called the Father, Son, and Holy Ghost ‘one God’ rather than the Godhead, a term which Mormons generally use today to separate themselves from trinitarians.” (Sunstone 5:4/26 (Jul 80), emphasis mine)

In his translation of the Bible, sometimes called The Inspired Version (completed in 1833), Joseph Smith changed some verses in the New Testament to reflect his early Monotheistic teachings:

For a time, it seems, Joseph Smith was a Monotheist, and Mormons agreed with the Christian Trinity.  Monotheism, (identified as the doctrine of the Trinity in light of New Testament revelation) is what is taught in the Bible, the most clearly in Isaiah 44:6-8:

This entry was posted in Book of Mormon, Early Mormonism, Nature of God and tagged Mormon Godhead, Nature of God, Trinity. Bookmark the permalink.

56 Responses to What Happened to the Trinity in Mormonism?