Posted on August 1, 2011 by Sharon Lindbloom

For several hours each night before the Mormon Miracle Pageant in Manti, Utah, Mormon Tabernacle Choir music is broadcast over loudspeakers. One might hear popular Mormon songs like Come, Come Ye Saints (a pioneer song) or Praise to the Man (a tribute to Joseph Smith), among many others. These songs are expected. But one might be surprised, as I was, to hear the familiar strains of the beloved Christian hymn, Holy, Holy, Holy. I say surprised because Holy, Holy, Holy is a Trinitarian hymn; Mormonism denies the Trinity. 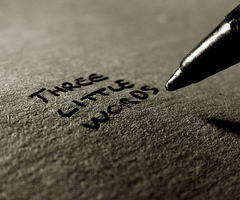 The Mormon Tabernacle Choir does not sing Mr. Heber’s words. The Choir performs its own interpretation which, of course, leaves out reference to the Trinity. Instead of singing the song as written, that is,

The Mormon interpretation is this:

This alteration is employed both times in the song where Mr. Heber wrote, “God in Three Persons, blessed Trinity.” I give the Mormon Tabernacle Choir credit for refraining from singing something the LDS Church says is “not true” (Jeffrey R. Holland, “The One True God and Jesus Christ Whom He Hath Sent,” Ensign, November 2007, 40). But this Mormon interpretation of the song, while only changing three little words, effectively eliminates the very heart of the hymn Reginald Heber penned.

Reginald Heber wrote this song to praise the one true God – his God – Father, Son and Holy Spirit; three eternally existing coequal and coeternal Persons within the one Being that is God. The Mormon Tabernacle Choir removed that Being, that one true God about whom and for whom the song was written, and substituted a different god in His place. In His rightful place. Taking praises that belong to God alone and singing them to another.

This, to me, is an illustration of the bigger picture of what Mormonism has done with the Bible and Christian doctrine. Mormons often say Mormonism is “so close” to evangelical Christianity. They think that the “few” and “little” differences Mormonism has with Christianity are mostly insignificant. But in reality, the Mormon interpretation of doctrines long-held and espoused by Christians, just like the three little words changed in Holy, Holy, Holy, effectively eliminates the very heart of the Christian Gospel.

Sharon surrendered her life to the Lord Jesus Christ in 1979. Deeply passionate about Truth, Sharon loves serving as a full-time volunteer research associate with Mormonism Research Ministry. Sharon and her husband live in Minnesota.
View all posts by Sharon Lindbloom →
This entry was posted in Christianity, Gospel, Nature of God and tagged Manti Pageant, Mormon Tabernacle Choir, Trinity. Bookmark the permalink.