Two men for every three women? 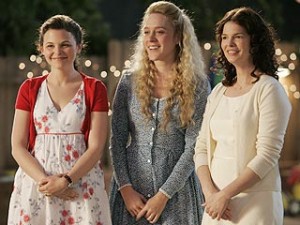 In Utah, the issue of polygamy is a very sensitive topic. Should the topic of one man marrying more than one wife somehow come up in a conversation, watch the eyes roll and folks run away from the conversation. So, needless to say, this is not an issue generally dealt with over the picket fence.

However, when a Mormon is willing to discuss the issue, it’s amazing how many folktales are used. For one, it is commonly asserted that polygamy was necessary back in the pioneer days of Brigham Young because there were not enough men for the women. (Note: According to all statistics I have seen, there NEVER was a time when Mormon men outnumbered Mormon women at any time in the Utah Territory.) Thus, having a man take two or more wives is somehow touted as actually being helpful to the women, as otherwise they would have ended up as Old Maids. (In case you’re wondering, being single for many years is NOT a good thing in Mormonism.) The men who sacrificed themselves in this way are almost made out to be heroes, as if they were taking one for the team so that women would have a chance at the celestial kingdom. I once had one Latter-day Saint tell me that the male/female ratios actually became close to 50/50 in the 1890s when the Manifesto abolishing polygamy was given, so the practice had somehow served its purpose and was no longer needed. Really.

Hence, imagine my surprise when I discovered that, according to a recent survey from Trinity College called “Mormons in the United States, 1990-2008” (Salt Lake Tribune, 12/15, p. A1), there appear to be many more Mormon women than Mormon men in the state of Utah. Consider these statistics: In 1990, a total of 53 percent of the Mormons in Utah were females (55% in the rest of the country). Eighteen years later, though, in 2008, there were 60% LDS females in Utah compared to 40% males (52% in the rest of the country).

In other words, if you’re female in Utah, there’s a good possibility you will be sitting home on Saturday night. Imagine, this equals three women for every two men in Utah. Go to a Saturday night dance and there are 60 girls to only 40 boys. Some are getting left out. For returning 21-year-old male missionaries, these are some pretty good odds when coming home. I can only wonder if there will soon be an influx of Mormon males moving to SLC from other parts in the country as well? Even with Vegas so close, these odds have to look pretty good.

Since Utah Mormons have a problem of too many females and not enough males, the question needs to be asked: Should the Mormon Church propose making polygamy legal once more? After all, there are possibly some women who won’t be able to attend the temple as married women unless willing men can lend a hand. There must be some willing married Mormon males out there who might be willing to do their duty and get married to two, maybe even three women. After all, if God intended polygamy back in the old days to provide assistance to the women, it seems like this practice ought to be reconsidered once more.

Of course, this is not going to happen. But the next time a Mormon uses the “too many women, not enough men” argument for support of 19th century polygamy, ask if they believe Mormonism’s prophet will soon be told by God to reinstitute this practice because many LDS women don’t have worthy husbands. Odds are, they’ll say “no.”

This entry was posted in Polygamy and tagged Polygamy, Utah. Bookmark the permalink.

17 Responses to Two men for every three women?