Two articles have come out this past week that show the LDS Church is a bit concerned with its people finding out the true history of the church. Marlin Jensen, a general authority who is going to be leaving his position as Church Historian and Recorder, was quoted in two different articles. While different, both show that the Mormon Church is concerned about how many people have been leaving its ranks. 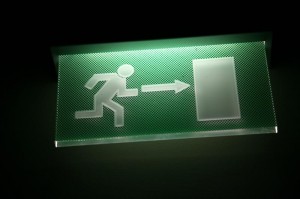 In an UK-Reuters article (“Mormonism besieged by the modern age,” dated 1/30/12), Jensen addressed a religious studies class late last fall at Utah State University. Answering a student’s question about whether or not he knew that members were leaving in droves, he said he was “aware” of the situation. “And I’m speaking of the 15 men that are above me in the hierarchy of the church. They really do know and they really care.” Although this was not a public confession, there was apparently a tape recorder capturing his words. Jensen also said that “not since a famous troublespot in Mormon history, the 1837 failure of a church bank in Kirtland, Ohio, have so many left the church.”

Then, on the front page of the Salt Lake Tribune (“LDS Church is ready to confront history questions,” 1/31/12, A1. See the online version, “Mormons tackling tough questions in their history”), religion writer Peggy Fletcher Stack wrote, “Surprised by what they find so easily online, more and more members of the Utah-based Church of Jesus Christ of Latter-day Saints are encountering crises of faith. Some even leave the fold and, feeling betrayed, join the ranks of Mormon opponents.”

Finding out the true history of the church can be earth-shattering news to a Mormon who was never told and never knew.  According to LDS scholar Richard Bushmen, for those who find out the unflattering history, “the whole picture changes in a flash—like those optical illusions that show a beautiful woman and a hag.”

Jensen explained, “Never before have we had this information age, with social networking and bloggers publishing unvetted points of view. The church is concerned about misinformation and distorted information, but we are doing better and trying hard to get our story told in an accurate way.”

There are several problems with the general authority’s assessment. First, the church has traditionally either hidden or twisted historical issues from its members, including (as Stack acknowledged in her article) Joseph Smith’s polygamous ways (with teenage wives) and his plagiarism of the Book of Mormon. We’re not talking about made-up stories but actual facts.

For years, the church was successful in just not talking about these issues and was able to get away with changing history in an Orwellian fashion. The leaders even reprimanded their scholars who wanted to blab about real events because it was not “faith promoting.” After all, it was easy to keep the information hidden since it was not easily accessible. With the internet age coming into force by the late 1990s, the LDS Church new convert rates spiraled down by more than 50%. In the early 1990s, it grew by 4%, but since 2003, it has been at or less than 2%. Meanwhile, many members have been leaving the church in droves, especially when they find out the whole truth hasn’t been told.

But what really is infuriating is this quote in Stack’s article: “The church ‘has made no effort to hide or obscure its history,’ Jensen said, but some aspects—such as polygamy—‘haven’t been emphasized often because they were not necessarily germane to what is taught at present.’”

First, saying the church has not tried to hide or sanitize its history is ludicrous, and I think even most true-blue Saints would acknowledge the baloney being dished out here. (Otherwise, why the need for Jensen to come out in the first place?) It was just the last October issue of the Ensign magazine—an edition completely dedicated to the Book of Mormon—where all but one of the more than a dozen references to the Book of Mormon plates said that they were “gold in color” or “golden” rather just plain “gold” (as typically done in the past). Could it be that this subtle switch is a reaction to the argument raised by some in counter-cult ministries about how it would have been impossible for Smith to have carried 200-pound plates made of gold? Why all of a sudden did the church writers decide to make this obvious change? This is just one example of how the church plays with the facts.

Second, how is talking about these aspects now “germane to what is taught”? Is it because people are now finding out the truth and leaving? Just a couple months ago, I ran into a couple who were leaving the church because they found out just the week before these very issues of polygamy and the composition of the Book of Mormon. “Why did they lie to us for more than thirty years?” the lady asked me through tears. We have been seeing more and more devastated members during the past few years.

Indeed, I’m all for the church being forthright. Please, leadership, introduce the controversial issues. Put the information into the church curriculum. Spin it any way you want. And then encourage the members to go out and find out the toughest questions, bringing them back to the bishops. Apostles and prophets, make yourselves available to provide “official” answers. I say, introduce these responses at the General Conferences as well. I promise, we will be right there with you, making sure you get it right so that the truth can be known by all.

For some reason, if any of the above takes place, I just don’t think it will end up the way that Jensen and his fellow General Authorities hope it will. I agree with Mormon scholar Terryl Givens, who said, “I definitely get the sense that this is a real crisis. It is an epidemic.” In my opinion, if the church comes out of the closet and allows for the truth to come out, there will be more problems ahead for the retention rates. What do you think?

33 Responses to A real crisis