In a 2007 General Conference talk, Seventy Gary J. Coleman referred to a story of fourteen-year-old Cortnee, the daughter of an LDS mission president, who was confused when her high school classmates questioned her Christianity. She went home and asked her mother, “Mom, are we Christians?” Coleman answered,

“As a member of The Church of Jesus Christ of Latter-day Saints, you are a Christian, and I am too. I am a devout Christian who is exceedingly fortunate to have greater knowledge of the true ‘doctrine of Christ’ since my conversion to the restored Church. These truths define this Church as having the fullness of the gospel of Jesus Christ, I now understand the true nature of the Godhead, I have access to additional scripture and revelation, and I can partake of the blessings of priesthood authority. Yes, Cortnee, we are Christians.”

The very foundation of Mormonism is based on the effects of the “Great Apostasy” and the belief for a need in a “restoration” of Christianity. In an April 2013 General Conference address, Apostle Dallin H. Oaks gave a talk titled “Followers of Christ.” He explained,

“Like all other Christians, members of The Church of Jesus Christ of Latter-day Saints study the life of our Savior as reported in the New Testament books of Matthew, Mark, Luke, and John. I will review examples and teachings contained in these four books of the Holy Bible and invite each of us and all other Christians to consider how this restored Church and each of us qualify as followers of Christ” (Ensign, May 2013, p. 96).

He says that “like other followers of Christ, we sometimes find it difficult to separate ourselves from the world and its traditions.” On the next page, he writes, “Like other Christians, we pray in all our worship services.” 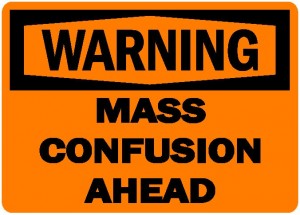 Perhaps he didn’t mean it, but I believe his blurring the lines patronize “other Christians.” After all, he makes it appear that the Mormons and other Christians are somehow similar in their claims to truth.  Yet the context of the article shows what it means to be a true “follower of Christ.” Consider several of the traits that he provides:

Here is my request to Mr. Oaks and other Latter-day Saints. If you insist on clinging to the name “Christian,” then please quit referring to those outside your church as “Christians.” It must be understood that the average layperson is unable to grasp the implications of this speech because it is difficult to read between the lines. Since Mormonism teaches that a person must be baptized with apostolic authority, must follow the commandments given by God, and must belong to a church with proper organization, it is clear that “other Christians” are not “just like” you. If nothing else, differentiate yourselves by using “Restored” or “Authoritative” in front of “Christian” to describe yourselves. Or, even better, why not just claim to be “Latter-day Saints” or “Mormons”? But please, quit patronizing Christians. Just call a spade a spade. Confusing the issue is just not fair. Or honest.

110 Responses to Don’t patronize us, please