In reading the July 2013 Ensign, I came across a thoughtful story written by Bonnie Marshall in the Latter-day Saint Voices section of the magazine. Mrs. Marshall tells of a long flight she and her husband took when they returned to Utah from their mission at BYU-Hawaii. Because Mrs. Marshall’s husband was a large man, for the sake of his comfort, the couple upgraded his ticket to the only remaining seat in first-class, while Mrs. Marshall flew in coach. 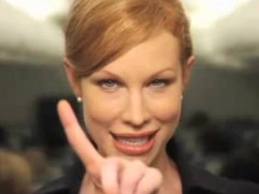 As I read this I thought I knew where the story was going. I supposed that a kindly person in first-class would hear the conversation between Mrs. Marshall and the flight attendant and, giving up his first-class seat, offer to trade with Mrs. Marshall so she could sit by her husband through the rest of the flight. I may have forgotten for a moment what magazine I was reading because I thought to myself, in anticipation of this tender turn of events, “That is a sweet analogy of the Gospel – as if it were Jesus selflessly and sacrificially making a gift of His first-class seat to a woman who had no claim on it and no hope of acquiring it for herself.” But that’s not how the story went.

Mrs. Marshall was turned away at first-class and went quietly back to her economy-class seat. As she told the story, she explained that to her, this experience was an illustration of Mormonism’s three degrees of glory:

Rather than being a tale of grace and mercy, this narrative turned out to be about the contrasting harsh and merciless Mormon plan of salvation wherein you get what you pay for. As disappointing as it was in that there was no happy ending to the story with a Jesus character giving up his seat, the tragedy of the whole thing is this. Five months after the flight, Mr. Marshall died, leaving Mrs. Marshall clinging to this hope: “My experience on the airplane gives me extra incentive to live so that I never have to hear those words again—at least not on the other side of the veil.”

This broke my heart. Mrs. Marshall will live out the rest of her days striving more and more to keep the commandments, obey the prophets, and keep her covenants so she will merit the celestial kingdom, as she supposes, and be with her husband again. The tragedy is that all her striving will not get her what she hopes for — she cannot plead, persuade, or pay her way into first-class.

Unless Mrs. Marshall’s hope is in Christ alone, in His freely given gift of eternal life as the Bible says, I fear the words she will hear on the other side of the veil will be, “Depart from Me, I never knew you.”

Sharon surrendered her life to the Lord Jesus Christ in 1979. Deeply passionate about Truth, Sharon loves serving as a full-time volunteer research associate with Mormonism Research Ministry. Sharon and her husband live in Minnesota.
View all posts by Sharon Lindbloom →
This entry was posted in Afterlife, Gospel, Salvation and tagged Degrees of glory, Mormon Salvation, Salvation. Bookmark the permalink.