Mormons and Muslims Similar in Many Ways 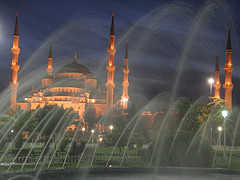 Back in 2005 Robert Velarde and Eric Johnson co-wrote an article for the CRI Journal comparing Mormons and Muslims. The authors looked at four areas of differences (i.e., views of Creation, God, Jesus, and humankind’s final state) and four areas of similarities (i.e., origins, scripture, restoration, and the human condition).

In 2008 the Los Angeles Times reported on a growing bond between Muslims and Mormons. The article noted a statement made by a BYU professor to the effect that positive Mormon attitudes toward Islam had resulted in (among other things) “Mormonism’s being called the Islam of America.”

In 2010 Aaron Shafovaloff explained to Mormon Coffee readers that LDS apologist and leading scholar on Islam, Daniel Peterson, was unwilling or unable to take a position on whether Islam’s prophet, Muhammad, was a false prophet or “a genuine prophet of some sort.”

In 2012 Huffington Post contributor Eliza Wood asked “Are Mormons Closer to Muslims or Christians?” Before providing readers with a list of 19 similarities between Islam and Mormonism, Ms. Wood wrote, “While in some ways neither Islam nor Mormonism is very much like Christianity, the two faiths actually have a lot of similarities.”

And that brings us to today as yet another similarity between Mormons and Muslims has appeared – this in the area of public relations. The Christian Post reports that controversial billboards are showing up around Columbus, Ohio that state, “Jesus is Muslim,” “Muhammad is in the Bible,” and “Muslims love Jesus too,” The organization responsible for the billboards is ask-a-muslim.com. This organization insists, “When you have questions about Islam, ask a Muslim.” On the website, under the heading “Jesus was Muslim,” is this declaration:

“For starters, Muslims are Christians – if ‘Christian’ means someone following the teachings of Christ, so by learning about Islam you are not disobeying Jesus…

“Muslims are following the teachings of Jesus, while most Christians have began to follow the Church – this is why the Quran needed to be revealed.  (Holy Quran 9:31)…

Ask-a-muslim.com is a group of Muslims who live in Ohio. They are

“dedicated to educating you about Islam, giving you a chance to hear about Islam from practicing Muslims… We invite people to have an open discourse with us. All we ask you to do, is ask us whatever questions you have about Islam, and we’ll gladly and honestly answer them. We believe that clearing up the many misconceptions about Islam will make this world a better place. A place with less violence and hatred, filled with mutual respect and understanding.” 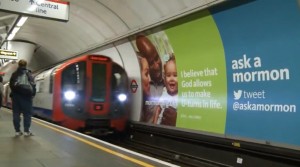 How does the statement, “Muslims are Christians” clear up misconceptions about Islam? How does the claim “Islam = following Jesus” foster greater understanding of the religion and its adherents?

According to Velarde and Johnson,

“Muslims do acknowledge Jesus as a great prophet and accept His virgin birth,sinlessness,and miracles, but they adamantly reject His deity as well as His death by crucifixion. Some Muslims argue that someone else died in the place of Jesus.Because Muslims often interpret in a literal fashion the Christian doctrine of God ‘begetting’ a Son, they hold that Christians add another being to the nature of God. This is blasphemous to the Islamic mindset, since Allah is the only God and can therefore have no companions.”

Likewise, when Mormons talk about Jesus there is a theological disconnect between what Mormonism teaches and the biblical Christ:

“Latter-day Saints affirm the divinity of Christ and His virgin birth, miracles, and bodily resurrection. This may seem orthodox, but a closer look at LDS teaching reveals significant points of disagreement with Christian positions on these doctrines. For instance, while LDS leaders say Jesus is the ‘Son of God’ and ‘the Only Begotten Son in the flesh,’ they do not hold that He is God in the flesh or the second person of the Trinity. In Mormon theology, Jesus is one god among many. Also, Mormons have claimed that the virgin birth involved a physical union between God the Father and Mary.” (Velarde and Johnson)

Coach Dave Daubenmire of Pass the Salt Ministries in Ohio has responded to the “Ask a Muslim” campaign by organizing a Christian rally to counter the misleading statements on the billboards:

“‘Although we support the Islamic community’s right to free speech, as well as their right to post messages on billboards, we do not support the hi-jacking of the name of Jesus Christ in their attempt to lure uninformed Christians into their religion,’ Coach Dave Daubenmire said.

“Daubenmire continued, ‘Jesus Christ was crucified, died, and resurrected over 600 years before the birth of Mohammed.  Although Islam honors Jesus as a prophet, they do not believe that He is the risen Son of God.  During this most Holy Lenten Season we find the messages on the billboards to be insensitive, dishonest and deserving of a response from concerned Christians. We will be on the streets to proclaim Jesus is NOT Muslim but Jesus is Lord!!’”

This is something I never saw coming. Mormons and Muslims now share an effort to be identified as Christians. They share the desire to have their respective religions recognized as the true religion of Jesus Christ. They share a willingness to spin and blur the truth in order to achieve their proselytizing goals. And because of all this, there is one more thing they share: Challenges to these misleading claims by Christians who are committed to stand firm for the truth, stand firm for the cause of Christ.

22 Responses to Mormons and Muslims Similar in Many Ways