How the LDS Church Prepares Its Members for Atheism (Part 2)

[The following is the second of a five-part essay offered by Mormon Coffee guest contributor Joshua Valentine (aka spartacus).]

While it does not mirror the atheist worldview as the previous points, the LDS epistemology sets its members up to turn against faith and thus embrace atheistic rationalism.  While Mormonism is not strictly speaking a fideistic religion, it relies heavily upon some principles of fideism.  For members of the LDS Church, ultimate truth is not discovered, recognized, or even approached by study, evidence, logic, or history. 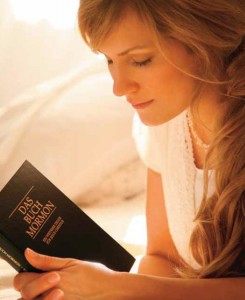 These are only an optional means ultimately to lead a person to pray about the Book of Mormon and the current LDS prophet to learn that the LDS Church is true.  Once this testimony is gained by prayer, it is regarded as transcendent or invulnerable to any and all evidence against the object of faith – the LDS Church and its gospel.  LDS religious epistemology is fideistic in that this prayer-testimony experience, like faith received in fideism, is independent of the world as it actually is.  Investigation into the facts is not required to learn Ultimate Truth; it is not encouraged and may even be discouraged.  Once the testimony is received it is independent of evidence and argument; all other concerns and issues are viewed as irrelevant.

It usually takes a lot of time, study, and heartache before all that is left between the member and the exit is that prayer experience.  Every ex-member, before they leave the LDS Church, has to reevaluate their testimony and its origin.  When the evidence makes it impossible for the member to have faith in that prayer experience, members come to realize that the LDS epistemology of prayer for ultimate truth is woefully insufficient.  Ex-members conclude that staking their whole life and the lives of their loved ones on blind faith in a prayer experience is unreliable, irresponsible, and dangerous.

By poor reasoning (e.g.- Wouldn’t God answer a sincere prayer?) the ex-member made the poor decision to join the religion.  By better reasoning, they leave it.  Unfortunately, faith and this prayer experience are so strongly tied together by LDS teaching that when the prayer-testimony experience is found wanting and dangerous, so too is faith in general.  The improved reasoning that led to leaving the church may only evaluate faith based on a limited form of it as propagated by the LDS Church.  When they realize the LDS Church is false, they blame their dependence on that experience which, by the teachings of their church, was precipitated by an initial faithful act and was the foundation of their continued faith.  Because the idea of faith taught by their church is so simplistic they don’t even realize that they were “duped” by a bad version of faith, but, instead, believe that faith itself betrayed them.  The undiscerning faith espoused by their church that led to accepting the prayer experience as truth, is found to be gullible, and, if not reevaluated, all faith is judged as gullible.  Shunning all faith, the ex-LDS member is left only with atheistic rationalism.

Mormonism also shuns all mystery.  If a religious truth is mysterious, it is because of the ignorance of man.  If it is confusing, it is because it is of Satan.  Mormonism assumes that truth is simple and understandable to the mind of man.  If it is not understandable to the human mind, it is not true.  LDS show these assumptions in the way they discuss topics that most people realize will be difficult to understand, like the nature of God.

When Mormons are presented with an issue in their doctrine by critics, no matter the issue and its improbability, Mormons are often quick to claim that the doctrine of the Trinity is more confusing.  Mormons also latch onto the word “incomprehensible” when it is used by Christians to describe God.  Christians are simply admitting that God’s nature transcends complete understanding by the human mind.  But Mormons argue that this is proof that the Christian teaching of God is false, as if all truth about God should be well within the human mind’s powers of comprehension. They believe that God as a glorified man is easier to understand than that God is three persons in one being.  They believe that Jesus is obviously a separate being from God from the fact that he prayed to the Father.  Any explanation that hints at complexity or mystery is immediately written off as false.

This shunning of transcendent mystery and insistence that the world make sense to the human mind is mirrored in atheistic scientism. If it is beyond reason or cannot be tested scientifically, then it cannot be known, or considered true or real.