How the LDS Church Prepares Its Members for Atheism (Part 5)

[The following is the last of a five-part essay offered by Mormon Coffee guest contributor Joshua Valentine (aka spartacus).]

Many who consider the issue of Mormons becoming atheists wonder why they go from Mormonism straight to atheism instead of Christianity, which is assumed to be the next closest religion. At wheatandtares.com there is an article that claims that Mormonism is not reversible into Christianity [1]. Indeed, when considering all the issues here, it seems obvious that the two, despite their supposed relation, are completely at odds. To a significant degree The Church of Jesus Christ of Latter-day Saints downplays sin, its seriousness, and its power over humans. The LDS Church does effectively help its members out of certain very visible sins and assists its members in avoiding them in the first place.  While the LDS Church officially recognizes small sins as undesirable and even something Christ died for, the consistent message received in talks, teachings, and perhaps more importantly Mormon culture, is that small, concealable sins are not important, certainly not in comparison to the big visible sins that are constantly emphasized — sexual impurity, adultery, consumption of harmful or illicit substances, theft, lying, and murder. Thus, when a member leaves the LDS Church, he or she may be convinced that they don’t have any real problem that requires real attention. If there is no problem, then no solution is sought. Christianity and all other religions are unneeded. 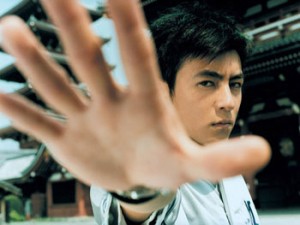 But it goes further than just that. There is a common phenomenon in religious activity where some converts coming from one extreme tend to overcorrect to the other extreme: from licentiousness to strictness, or asceticism to hedonism, or from mysticism to rationalism, or religious knowledge to spiritual experience. This is not about the LDS self-serving belief that apostates will become alcoholics, adulterers, or otherwise destroyed and unhappy. Rather, since the LDS Church imposes such an intense and involved program of obedience and dependence on the church for its members to overcome sin and imperfection, ex-Mormons may overcorrect or overreact by outright refusing their need for anything from any religion.  This is not about simply rebelling against human institutions and authority or preserving one’s power of self-determination as discussed earlier. It is something more than just burnout.  When ex-members are approached by another religion, institution, or simply the Christian Gospel, they may not only reject it out of distrust, but also out of this overcorrection to not need any program, authority, or truth to give their assent to or conform their life to. In this way, ex-members have been trained by their church to not take their small sins too seriously and, in overreaction to its intensity, may have a subconscious motivation to continue believing that their sins are not important enough to need any help. So they already believe their little sins are ok, and now they deny a need for religious answers, which irrationally motivates them to continue to think their sins are just harmless mistakes. Again, if you are convinced you do not have a problem, then you do not seek a remedy. And if you do not want any more “help,” you may convince yourself you do not have any need for it.

The Church of Jesus Christ of Latter-day Saints teaches self-reliance, both in temporal and spiritual concerns. Members may not agree with that statement, but the LDS Church does teach a significant place for human effort in obtaining the approval and blessings of God in this life and in the next. Our actions and our strength have a necessary place in our worthiness for salvation and eternal blessings. This “picking yourself up by your bootstraps” cosmology was described by an online participant as “trusting in the arm of the flesh.”[2] The optimistic humanism of Mormonism, its insistence that humans can and must contribute to their worthiness of salvation and exaltation, can easily fit into the humanistic optimism of atheism that humans can and must solve their own problems and continue as a species and progress on this planet and in this universe.[3] Along the lines of trusting in the flesh, Latter-day Saints are taught to trust their leaders. When they leave, they have determined that their LDS leaders have betrayed them and are untrustworthy. This may lead the ex-Latter-day Saint to seek the objectivism of science in order to avoid being fooled or dependent on particular humans or institutions. Interestingly, however, if this confidence in humans, in the flesh of man, is not reevaluated, then it may lead them to put their trust in the men of science and the institutions of human reason. In any case, the LDS-taught optimism about mankind’s ability to progress by its own effort is offended by the Christian Gospel’s diametrically opposite assessment.

Lastly, as regards compatibility with Christianity, the LDS Church teaches consistently, and in many ways, that human happiness is the ultimate goal. It is the goal of the Mormon God. Heavenly Father’s own happiness is found in his children’s happiness. Happiness and good feelings are indicative of truth. Unhappiness or bad feelings indicate that something is wrong or false. Our happiness is generally the purpose of life — overcoming life’s challenges, learning, and progressing being sources of happiness now and in the future. In light of all of this, Christianity’s view of sin is impractical and even morbid; its gospel is still too “easy,” and its truths are disturbing and repugnant to the mind that has been cultivated by Mormonism.  Atheism, however, embraces the significance of personal happiness, the pragmatism of actions called “sin” by Christianity, and puts forth human progress and happiness as the only purpose worthy of our short lives. In these many ways, The Church of Jesus Christ of Latter-day Saints has taught its members how to flourish as atheists.

Because Mormonism claims to be a correction of Christianity, members are incessantly, and often only implicitly, taught to disbelieve Christianity.  It is one thing to be fooled into believing lies, but what if Christianity is actually true? It is quite another to realize that you were fooled to disbelieve the truth.  So there is yet another motivation to not fully reconsider what the LDS Church has taught. Particularly in regards to Christianity, there is strong motivation to not even entertain the idea that what the church convinced you was false and corrupt (and that you may even have mocked and scorned) might actually have been true all along. Thus, there is one less option besides atheism.  With their research Mormons may learn that the restoration was false, but do they reconsider the prerequisite belief of the Great Apostasy?  They may realize that the LDS Church’s claims of unity and consistency are false, but do they question the church’s logic that the existence of many Christian denominations means Christianity is false? They realize that the LDS Church is not the one true Christian church, but do they consider that there may not even be such a church in the traditional institutional sense?  Can they conceive that a religion or gospel may be true even if there is not “one true church” of it? 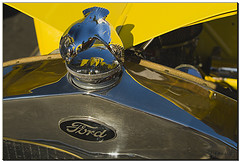 They realize that the LDS Church is not as ordered as it claims, but do they question whether God is really a God of order in the simplistic way they were taught?  Will they reconsider all the Mormon assertions against the reliability of the Bible?  Will they reconsider what their Ford dealer taught them about Chevrolet?

Even LDS apologetics betrays members and, upon leaving, they can discard all apologetics as game-playing, as obfuscation, and as seemingly able to make any falsehood appear to be true.  If they are not careful to understand the techniques of LDS apologists and how they differ from other apologists, then they may write off all apologetics as illegitimate. Members are already trained to use any appearance of evil or inaccuracy as an excuse to stop listening to critics. Although the ex-member had to overcome this conditioning long enough to exit the LDS Church, this developed skill may come back into play as a post-Mormon.  So when they hear certain arguments or even just phrases used by apologists of Christianity (which they recognize as having been used by LDS apologists), they may instinctively disregard that argument or point or the apologist altogether, despite the situation for Christianity being completely different than that of Mormonism.  Even if ex-members do try to understand Christianity for themselves, this conditioning may keep them from going into the depth, and possibly truth, of Christianity — just as it kept them from going too deep into and finding the truth about Mormonism for years.

Finally, people entered into the Mormon faith based on the assumptions that such good people would not lie and “must have the truth,” and that God would surely answer a sincere prayer about the Book of Mormon.  They became members believing that the God that exists answered them.  When they learn that The Church of Jesus Christ of Latter-day Saints is false, they may still believe that if God existed then He would have answered their prayer revealing that the church was false.  Since they got an affirmation of its truth, it must have been from manipulation; and since God did not intervene, there must not be a God.  None of this may be consciously thought out in the ex-members’ minds.  But where did they get the idea that God would answer a prayer about the Book of Mormon?  Who or what so convinced them that God must answer sincere prayer?

There are so many things taught in the LDS Church — so much about the nature of the universe, and of the nature of God and man, about what faith is, what spiritual experience and personal revelation are, about what is credible and how we determine truth, and about our mistakes and wrong-doing — that lean toward naturalism, agnosticism, and atheism, so many prejudices instilled by the LDS Church that disallow unbiased consideration of other religions, that insofar as ex-members do not search out all of the lingering Mormonism in their beliefs, thinking, feelings and perspective, conscious and subconscious, they may find themselves just as manipulated by The Church of Jesus Christ of Latter-day Saints outside of it as they were in it.

Mormonism teaches that its members are “gods in embryo.”  At the very least, the doctrines, teachings, and culture originated and proliferated by Mormonism and the LDS Church give us many reasons to consider Latter-day Saints “atheists in embryo.”[4]

[1] This article by S. Andrew was one of only a few places I could find expanded discussion of this Mormon atheism topic.  The discussion in the comments is also worth reading.

[3] There is a Mormon Expression podcast, toward the end of John Larsen’s time hosting it, in which John speaks of how ex-mormon atheists must move on boldly into the world. His guest makes the observation that John’s view seems to be a return to Mormonism in its optimism about mankind’s self-determination. I could not find it again, but it is worth the search and listening. It is admittedly moving, certainly connected to Mormonism’s optimism and faith in man (or “the flesh”), and explicitly shows Mormonism’s compatibility with atheism.

[4] I first read this apt turn of phrase from Aaron Shafovaloff.