Former Mormons who are now Christians say that this 21 minute video has been instrumental in helping them recognize the differences between the biblical view of salvation and the Mormon view of eternal life. It helped them understand what God has done to rescue them — to rescue all of us — from the consequences of our sin. Maybe the video will help you, too, to either come to know the biblical plan of salvation, or to help others realize and receive the gift of redemption God freely offers.

You will find the diagrams and scripture lists referenced in the video below, but you may want to download a pdf copy for future use. You will find the downloadable file “Eternal Life Diagram” at Tri-Grace Ministries.

May God continue to use this presentation of His truth to draw people to Himself.

[NOTE: The video referred to above has disappeared from You Tube (as far as I can tell). I have replaced the embed link with the following video that discusses the same topic with the same visual diagrams. -SAL] 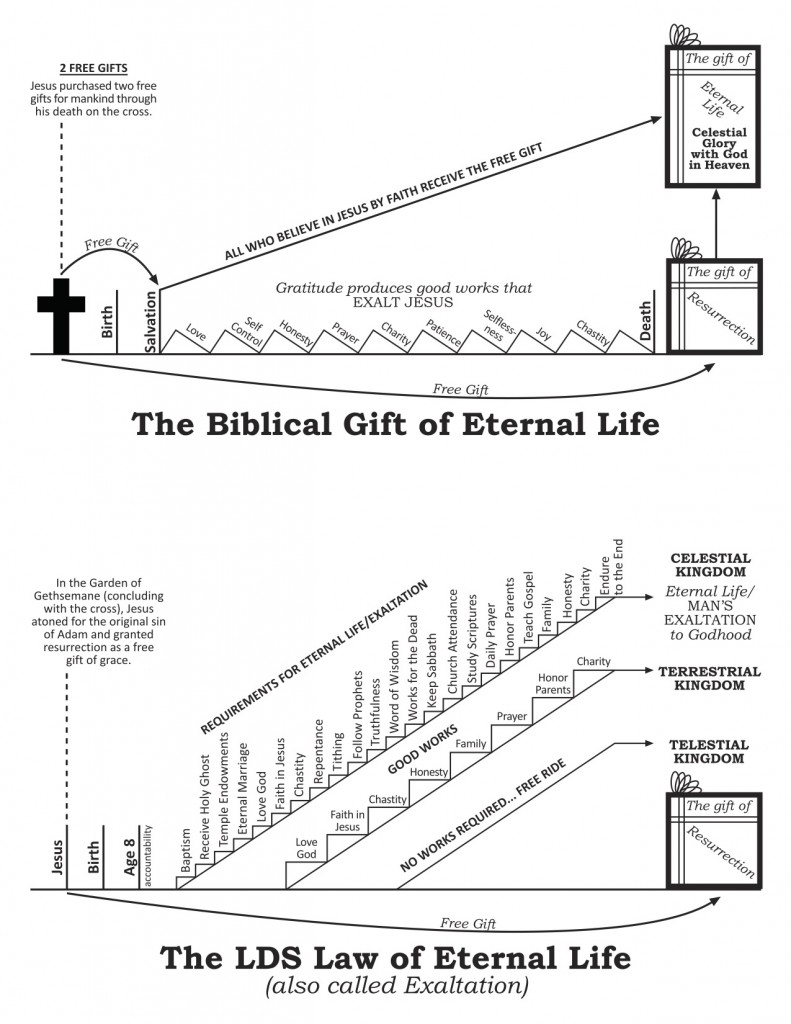 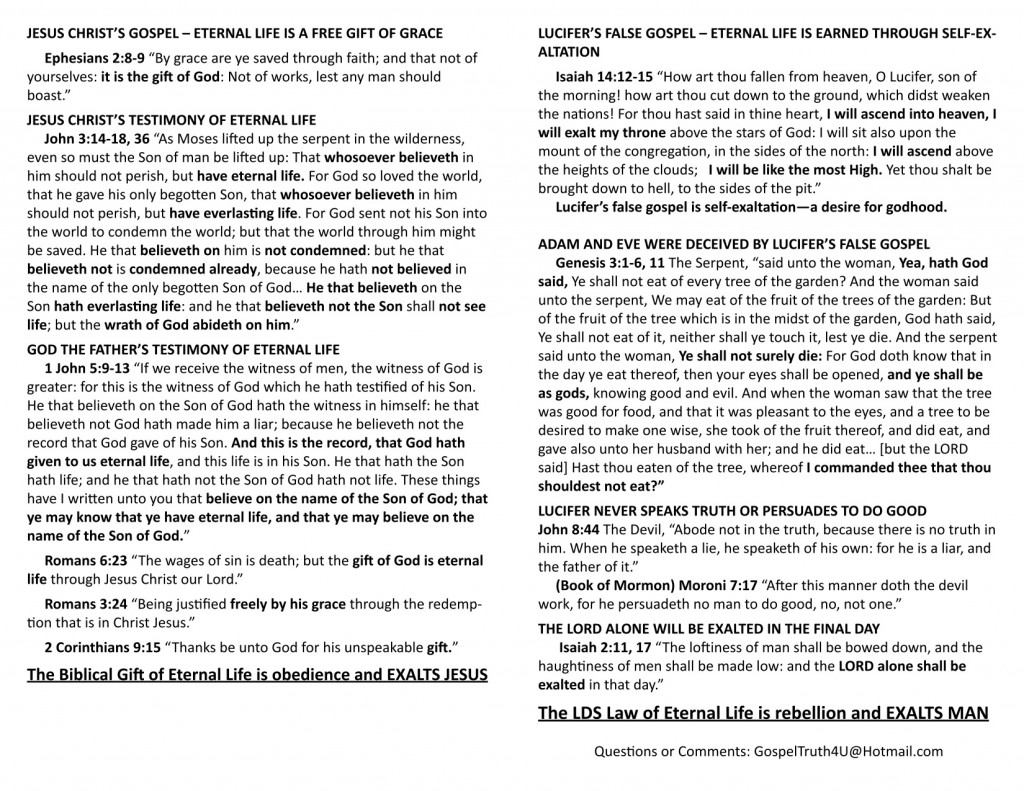