Praise to the Man: Joseph Smith

Posted on September 17, 2015 by Sharon Lindbloom 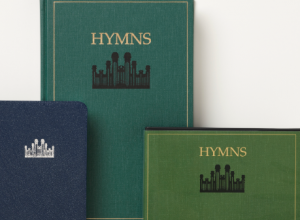 The September issue of the Ensign magazine includes an article celebrating the 30th “birthday” of the LDS hymnbook, Hymns (74-75). Even though the Ensign clearly states “there are no plans at this time for a new edition,” rumors are circulating to the contrary. Why the Mormon community would think a new edition is in the works despite such a clear “official” statement is interesting food for thought, but that’s not the topic of this blog post.

This rumor suggesting a new LDS hymnbook prompted Mormon blogger Jana Riess to think about what she would like to see changed in the current hymnal. Topping her list of hopeful changes is getting rid of the beloved Mormon hymn dedicated to Joseph Smith, “Praise to the Man.” Dr. Riess wrote,

“If I could jettison just one song from our repertoire, by God it would be this one—and it’s a shame, because the tune is fabulous and the tempo brisk, unlike the more snail-like LDS hymns. But this theology is simply awful. How is it that Mormons can insist up and down and until Tuesday that we don’t worship the prophet and yet continue to sing this hymn? Here the recently deceased Joseph Smith is communing with Jehovah, mingling with gods, and making plans on our behalf from heaven . . . kind of like God makes plans for us from heaven. Even worse, the song is all about how we need to glorify Joseph Smith, not God: ‘Kings shall extol him, and nations revere.’ I realize this hymn has already been made slightly less vengeful and bloody from a 1927 revision, but that’s not enough: the whole concept of this song is about worshiping a human being. Only God deserves our worship. End of story.”

I remember the first time I saw “Praise to the Man.” I was flipping through a Mormon hymnal while visiting the home of a friend who had recently joined the LDS Church. The lyrics stopped me cold. “Long shall his blood…plead unto heaven…, Great is his glory…, Earth must atone for the blood of that man…, Mingling with Gods he can plan for his brethren,… Millions shall know ‘Brother Joseph’ again.” I was…shocked. I knew a fair bit about Mormonism at this point, but this. This struck me as unabashed blasphemy, and it shook me deeply.

Perhaps it is Dr. Riess’ protestant background that helps her recognize worship of Joseph Smith inherent in “Praise to the Man.” Many Mormons don’t seem to get that. They seem entirely comfortable with the hymnal including “Praise to the Man” just two pages ahead of the hymn, “Praise to the Lord” (as published in my 1948 edition, hymn numbers 147 and 150 respectively).

I wonder if Dr. Riess is familiar with some of the other LDS hymns written to honor Joseph Smith. In 1909 the Deseret Sunday School Union published a book of songs “suitable for Primary associations, religion classes, quorum meetings, social gatherings and the home.” Hymn number 260 in this collection is “Joseph the Blest.” Winner of a contest held in 1905 commemorating the 100th anniversary of the Prophet Joseph Smith’s birth, this song is to be sung “majestically and with fervor.” It begins by praising God “Who didst on earth bestow, One hundred years ago, Joseph, the Prophet, Joseph, the mighty seer.” The second verse recounts Joseph’s First Vision, his receipt of many revelations, and his death: “Whose blood for truth was shed.” The final verse calls for the Mormon restored gospel to spread, and looks ahead to what Joseph Smith once called the “great winding up scene”:

This hymn is not in my 1948 hymnal; I’m guessing it’s not in the current LDS hymnbook either.

Another hymn praising Joseph Smith is included in my 1948 edition of Hymns, but I don’t know if it is in the current edition. This one, hymn number 296, is titled “The Seer, Joseph, The Seer.” Third Mormon President John Taylor wrote the lyrics. Leaving out some repeated lines, the song goes like this:

The Seer, the Seer, Joseph, the Seer!
I’ll sing of the Prophet ever dear;
His equal cannot be found
By searching the wide world around.
With Gods he soared in the realms of day,
And men he taught the heavenly way.
The earthly Seer! the heavenly Seer!
I love to dwell on his memory dear;
The chosen of God and the friend of man,
He brought the priesthood back again;
He gazed on the past and the future, too,
And opened The heavenly world to view.

Of noble seed, of heavenly birth,
He came to bless the sons of earth;
With keys by the Almighty given,
He opened the full rich stores of heaven;
O’er the world that was wrapped in sable night,
Like the sun he spread his golden light.
He strove, O how he strove to stay
The stream of crime in its reckless way!
With a mighty hand and a noble aim,
He urged the wayward to reclaim:
‘Mid foaming billows of angry strife,
He stood at The helm of the ship of life.

The Saints, the Saints, his only pride!
For them he lived, for them he died;
Their joys were his, their sorrows too.
He loved the Saints; he loved Nauvoo.
Unchanged in death with a Savior’s love,
He pleads their cause in the courts above.
The Seer, the Seer! Joseph, the Seer!
O how I love his memory dear!
The just and wise, the pure and free,
A father he was and is to me.
Let fiends now rage, in their dark hour–
No matter, He is beyond their power.

He’s free! he’s free! The Prophet’s free!
He is where he will ever be,
Beyond the reach of mobs and strife,
He rests unharmed in endless life.

His home’s in the sky; he dwells with the Gods
Far from the furious rage of mobs.
He died, he died for those he loved.
He reigns; he reigns in the realms above.
He waits with the just who have gone before
To welcome the Saints to Zion’s shore.
Shout, shout, ye Saints! This boon is given;
We’ll meet him, Our martyred Seer, in heaven.

Dr. Riess has reason to hope that when the LDS Church does put out a new edition of Hymns, the offensive “Praise to the Man” could very well be left out of the repertoire – just as some past, similar Mormon hymns have been excluded from newer editions of the hymnbook. She should not make the mistake in thinking, however, that such an omission would signal a new attitude within the Church toward Joseph Smith. Even though some songs praising the Prophet may not be in the current hymnal, note, for example, that the Mormon Tabernacle Choir sang “The Seer, Joseph, The Seer” at an event not too long ago (though the choir did not sing all the verses). And a recent Mormon Church manual (used for study in 2012) includes George Albert Smith’s praise of that man:

“Many of the benefits and blessings that have come to me have come through that man who gave his life for the gospel of Jesus Christ. There have been some who have belittled him, but I would like to say that those who have done so will be forgotten and their remains will go back to mother earth, if they have not already gone, and the odor of their infamy will never die, while the glory and honor and majesty and courage and fidelity manifested by the Prophet Joseph Smith will attach to his name forever.”

Joseph Smith’s glory, honor and majesty…forever? No. That is over-the-top praise (worship?) of a man.

Here is where such praise should be directed:

“Now to him who is able to keep you from stumbling and to present you blameless before the presence of his glory with great joy, to the only God, our Savior, through Jesus Christ our Lord, be glory, majesty, dominion, and authority, before all time and now and forever. Amen.” (Jude 1:24-25)

Sharon surrendered her life to the Lord Jesus Christ in 1979. Deeply passionate about Truth, Sharon loves serving as a full-time volunteer research associate with Mormonism Research Ministry. Sharon and her husband live in Minnesota.
View all posts by Sharon Lindbloom →
This entry was posted in Joseph Smith, LDS Church and tagged "Praise to the Man", Church of Jesus Christ of Latter-day Saints, Hymns, Joseph Smith, LDS Church, Mormon Church, Mormonism. Bookmark the permalink.

13 Responses to Praise to the Man: Joseph Smith