It’s the talk of the town, but it’s nothing new. Ever since the idea of legalizing same-gender marriage gained enough momentum to capture headlines people have been warning that such a move could open the door to legalized polygamy. Several years ago San Francisco Chronicle reporter Ron Lutz wrote, “Legalizing gay marriages today means legalizing polygamy or group marriages tomorrow.” Last week the same idea was discussed all over the news media and on the internet. For example, conservative columnist Frank Pastore at Townhall.com wrote,

“Same-sex marriage will inevitably lead to polygamy and perhaps ‘consensual’ incest. The collective wisdom of Western civilization, and the Judeo-Christian value system beneath it, have always restricted marriage to two people, not closely related, one man and one woman, of legal age. For over 2,000 years, there have been laws against bigamy, polygamy, incest and minor marriage. No society in history has ever granted same-sex marriage while maintaining prolonged prohibition of polygamous and incestuous relationships.” 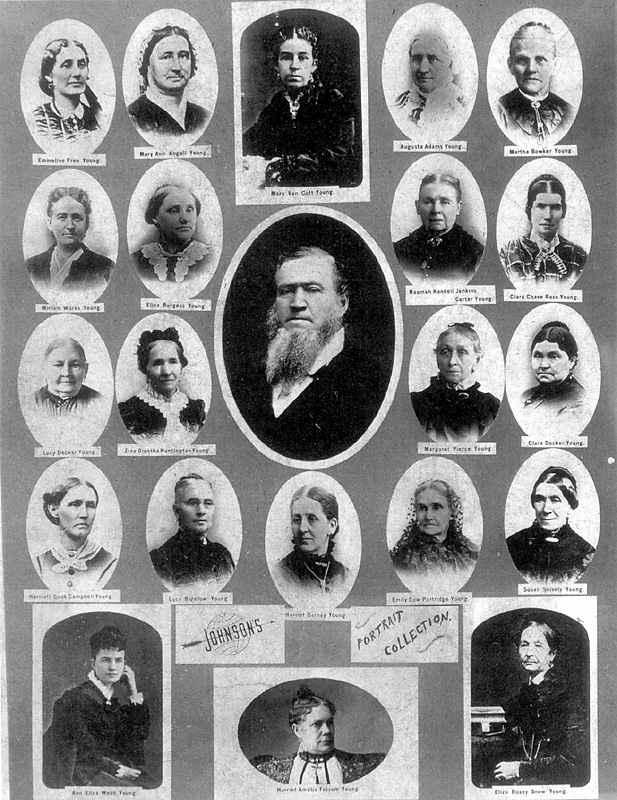 During an interview with Larry King in September 1998, (then) LDS President Gordon B. Hinckley said he condemned the practice of polygamy because “I think it is not doctrinal. It is not legal. And this Church takes the position that we will abide by the law.”

What happens, then, if polygamy becomes legal? Though Mormon men are not currently commanded to have more than one living wife, in light of Doctrine and Covenants 132 the practice of legal polygamy does not seem to be ruled out. Even so, the Book of Mormon seems to take a dim view of polygamy except under certain circumstances (see Jacob 2:27-30).

But since there is a prevailing belief within the Mormon culture that LDS couples are duty-bound to have children in order to provide mortal bodies for the spirits awaiting them in the pre-existence, and since there is also a prevailing belief within the Mormon culture that polygamy was initially instituted by Joseph Smith (via command from God) in order to produce as many children as possible in a short amount of time, wouldn’t the legalization of polygamy be a good fit even with today’s LDS Church?

President Hinckley indicated that the condemnation of the practice of polygamy is not just doctrinal; it is also tied closely to its legality. If polygamy becomes legal in the United States, how should–or would–the LDS Church respond to those who engage in legal plural marriages?

Sharon surrendered her life to the Lord Jesus Christ in 1979. Deeply passionate about Truth, Sharon loves serving as a full-time volunteer research associate with Mormonism Research Ministry. Sharon and her husband live in Minnesota.
View all posts by Sharon Lindbloom →
This entry was posted in Marriage and Singlehood. Bookmark the permalink.

74 Responses to If polygamy becomes legal…