Is Jesus “the One” in Mormonism? 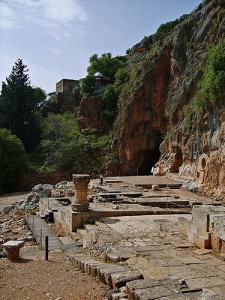 In an article for Tabletalk magazine author and pastor Kevin DeYoung wrote,

Rev. De Young remarked on the surprising content of Jesus’ foundational question. Jesus didn’t ask about the disciples’ tolerance (i.e., “Are you open-minded?”) or their intentions (i.e., “What will you do for Me?”), but rather about what they believed. “Jesus is interested in faith,” Rev. DeYoung wrote, “He begins with doctrine.” This is because Christian faith begins with a right understanding of Jesus, “not just what He taught or what He did, but who He is.”

In the exchange at Caesarea Philippi, Jesus first asked what the general public thought – “Who do people say that I am?” He asked His disciples (Mark 8:27). Various opinions were offered: Jesus was John the Baptist, Elijah, or maybe one of the prophets. But the disciples had a different answer. “You are the Christ,” Peter declared.

Rev. De Young pointed out a foundational difference between the opinions of the masses and the belief of the disciples: For the general public, Jesus was “one of;” for the disciples, Jesus was “the One.”

Though the people elevated Jesus and put Him in very good company, they were wrong. Rev. De Young wrote,

“It sounds very lofty to call Jesus a prophet, a popular teacher, a wonder worker, a good man, a brilliant example, or part of a long line of enlightened figures. But all of these descriptions miss the point. In all of them, you are saying Jesus is one of (see v. 28). And if you say Jesus is only one of and not the One, you haven’t understood Him. You don’t see who He really is. He is the Christ, the Son of the living God (Matt 16:16).”

I can’t help but think of how Mormon doctrines make Jesus “one of” rather than “the One.” For according to Mormon leaders, Jesus is not the Christ, the Son of the living God; He is a Christ, a Son of a living God.

A Christ: “Sin is upon every earth that ever was created … Consequently every earth has its redeemer, and every earth has its tempter; and the people thereof, in their turn and time, receive all that we receive, and pass through all the ordeals that we are passing through” (Brigham Young, Journal of Discourses 14:71-72).

A Son: “Jesus Christ is not the Father of the spirits who have taken or yet shall take bodies upon this earth, for He is one of them. He is The Son, as they are sons or daughters of Elohim…Among the spirit children of Elohim the firstborn was and is Jehovah or Jesus Christ to whom all others are juniors.” (The First Presidency and the Council of the Twelve Apostles of the Church of Jesus Christ of Latter-day Saints Salt Lake City, Utah, 30 June 1916, quoted in Ensign, 4/2002)

A God: “But if God the Father was not always God, but came to his present exalted position by degrees of progress as indicated in the teachings of the prophet, how has there been a God from all eternity? The answer is that there has been and there now exists an endless line of Divine Intelligences—Deities, stretching back into the eternities, that had no beginning and will have no end.” (B.H. Roberts, New Witness for God 1:466).

Sharon surrendered her life to the Lord Jesus Christ in 1979. Deeply passionate about Truth, Sharon loves serving as a full-time volunteer research associate with Mormonism Research Ministry. Sharon and her husband live in Minnesota.
View all posts by Sharon Lindbloom →
This entry was posted in Jesus Christ and tagged Jesus Christ. Bookmark the permalink.

93 Responses to Is Jesus “the One” in Mormonism?