This morning when I checked my email inbox I found a message with a subject line that read, “Millions of customers can’t be wrong!” The message was a spam ad for “alluring pheromones” that promise to attract women of all ages to any man who uses the product. Wow. The ad said the product is “proven to work” and “millions of men” are already using it. Thus, millions of customers can’t be wrong. 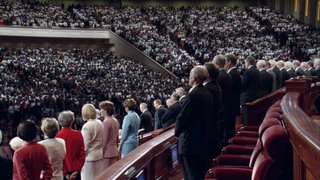 This spam ad made me think of something I hear often from members of the LDS Church. In fact, when I saw the subject line I thought it was possible that the message was from a Mormon; that’s why I opened the email. In promoting their product (Mormonism), Latter-day Saints frequently say, “There are 12 million people around the world that believe it!” They look at that fact as one piece of irrefutable evidence that Mormonism is true. I’ve even had Mormons challenge me: “Do you think 12 million people can be wrong?”

There’s a book in print, “Voices in Harmony,” which contains 100 stirring testimonials from women who find fulfillment in plural marriage. They think plural marriage today is a good a proper thing. Can 100 women be wrong?

One hundred is a far cry from 12 million, but it’s still a lot of people who carry a strong conviction about this issue.

What about the 250,000 people who belong to the Community of Christ Church? They believe that Joseph Smith was a true prophet, but think Brigham Young usurped rightful leadership of the Church from the Smith family after Joseph’s death. Can 250,000 people be wrong?

Or take the Roman Catholic Church’s position on Mormonism. In July 2001 the Vatican’s Congregation for the Doctrine of Faith stated that LDS baptisms are “not the baptism that Christ instituted.” Though the Catholic Church recognizes the baptisms of converts from most other churches, Mormon converts to Catholicism must be rebaptized because of the LDS Church’s radical (non-biblical) view of the nature of God. Can the more than one billion members of the Catholic Church be wrong?

Regardless of the sensational LDS sales pitch that Mormonism is “proven to work” and that “millions of [people] are already using it,” the question needs to be asked: Can millions be wrong?

The answer is found in the pages of scripture:

Thankfully, the way to avoid this fearful end is also found in scripture:

“But as for you, continue in what you have learned and have become convinced of…from infancy you have known the holy Scriptures, which are able to make you wise for salvation through faith in Christ Jesus. All Scripture is God-breathed and is useful for teaching, rebuking, correcting and training in righteousness, so that the man of God may be thoroughly equipped for every good work.” (1 Timothy 2:14-17)

Millions of customers can be wrong; but the Word of God reveals the truth.

Sharon surrendered her life to the Lord Jesus Christ in 1979. Deeply passionate about Truth, Sharon loves serving as a full-time volunteer research associate with Mormonism Research Ministry. Sharon and her husband live in Minnesota.
View all posts by Sharon Lindbloom →
This entry was posted in LDS Church, Truth, Honesty, Prayer, and Inquiry and tagged Church growth. Bookmark the permalink.

One Response to Twelve Million Mormons