Are You a Christian? Who Gets to Decide?

Posted on November 19, 2007 by Sharon Lindbloom

In an article posted last week on The New Republic web site (November 12, 2007), journalist Josh Patashnik took a look at Mitt Romney’s tendency to distance himself from LDS doctrine for the sake of his presidential campaign. Mr. Patashnik wrote,

“But seeking common ground with adversaries [i.e., evangelicals suspicious of Mormonism] doesn’t always endear you to your own side–particularly when animosity between two groups runs deep. At the most basic level, Mormons regard themselves as Christians and want others to do the same. But a recent Pew survey found that a plurality of evangelicals do not consider Mormons to be Christians. ‘I understand he [Romney] has to appeal to them for political purposes, but it makes me, as a Mormon, feel very, very queasy to see him doing it,’ says Greg Kearney, a computer programmer in Casper, Wyoming. ‘These people hate us, and they are so vitriolic–they think they get to decide who’s Christian.'”

Looking at Mr. Kearney’s statement, there are two things I would like to address. One is the charge that evangelicals hate Mormons. Hopefully, readers here know that this is an emotionally driven claim without basis in fact. Generally speaking, Evangelicals disagree with Mormonism, but we do not hate Mormons. 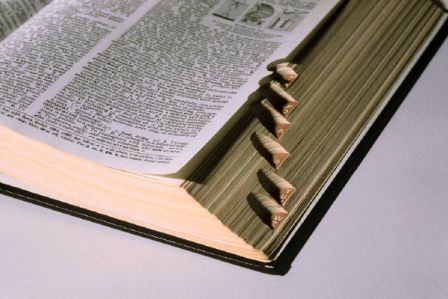 Most everyone has adopted a definition of some sort, including the LDS Church:

“Anyone who accepts Jesus Christ as the Son of God and the Redeemer of the world is a Christian, regardless of differences in theology.”

This LDS definition has a very different focus from another definition penned by SBC pastor Paul Cline. Many evangelicals would agree with this:

So the Mormon definition disregards theology; the evangelical definition embraces it. Who gets to decide which definition is the right definition?

ReligiousTolerance.org notes, “Who is a Christian? A simple question, with many answers.” Even dictionaries can’t agree on a definition. Webster’s tries to cover all the bases with five definitions:

1. A person professing belief in Jesus as the Christ, or in the religion based on the teachings of Jesus.

3. having the qualities demonstrated and taught by Jesus Christ, as love, kindness, humility, etc.

4. Of or representing Christians or Christianity.

The Free dictionary says Christianity is,

Perhaps a trustworthy definition is the one found in the Bible. In A Biblical Definition of Christianity I went through the scriptures systematically and came to this conclusion:

“What is a Christian?

“A Christian is a follower of Christ. A follower of Christ is one who does the will of the Father. The will of the Father is believing on Christ. Believing is not merely acknowledging, but trusting Christ alone for personal salvation. Personal salvation is being reconciled to God, having the promise of spending eternity in His presence.” (For support of this progression of logic, please see A Biblical Definition of Christianity.)

So are Latter-day Saints Christians? Are evangelicals Christians? It all hinges on the definition we accept. Who gets to decide?

We all can (and must) evaluate any belief system or religious leader, prayerfully examining their teachings and behavior. For those professing to believe the Bible, God’s Word is the standard by which judgment is made. In this way, we may discern truth from error regarding a prophet, a church or an organization. But this doesn’t tell us who is Christian; it tells us what is Christian in doctrine and action.

Ultimately, it is only God who decides who is a Christian, for He alone sees and knows our hearts.

57 Responses to Are You a Christian? Who Gets to Decide?