Posted on December 5, 2007 by Sharon Lindbloom

Update: The text of the speech is available here. 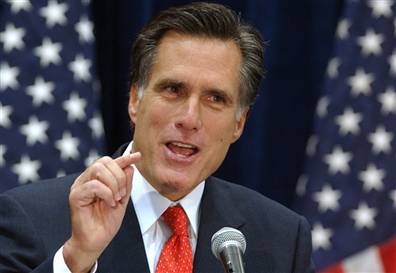 “Republican presidential hopeful Mitt Romney said Monday that he would not focus on his Mormon beliefs in a major speech on religion this week and instead would discuss his concern that ‘faith has disappeared from the public square.'”

Many people will be disappointed if Mr. Romney chooses to stay away from discussing Mormonism. Clayton M. Christensen, a Romney supporter and fellow Mormon, thinks Mr. Romney should talk about the LDS Church. He told the Boston Globe,

“It really is a great church, and the more people can understand what it is and what it does, the more I think they’ll trust that he acts in the best interests of the country.”

LDS Senator Orrin Hatch agrees, saying that Mr. Romney must give this speech because many Americans misunderstand the LDS religion.

But Mr. Romney does not plan to help people understand Mormonism better. The LA Times reports:

“The former Massachusetts governor encouraged Americans to learn about Mormonism but said he did not see himself as a spokesman for his religion.

“‘There’s plenty of ways that people can learn more about my faith if they’d like to, I’m sure — a lot of websites people can go to,’ Romney told reporters…”

Since Mr. Romney’s speech will not inform the American people about his Mormon faith, and since he himself suggests people learn about Mormonism by researching his religion on the internet, I invite you to take this opportunity to tell the people everywhere what you think they need to know about Mormonism.

Sharon surrendered her life to the Lord Jesus Christ in 1979. Deeply passionate about Truth, Sharon loves serving as a full-time volunteer research associate with Mormonism Research Ministry. Sharon and her husband live in Minnesota.
View all posts by Sharon Lindbloom →
This entry was posted in Mitt Romney and tagged Mitt Romney. Bookmark the permalink.