Do Mormons Have Horns?

Posted on January 4, 2008 by Sharon Lindbloom

In an article published Thursday (3 January 2008) in The American Spectator, LDS writer Carrie Sheffield discussed why Evangelicals [are] Against Mitt. After suggesting Evangelicals worry about a surge in LDS Church growth if there were to be a Mormon in the White House, Ms. Sheffield concluded,

“The LDS church is likely to continue its current modest-but-impressive growth whether or not Romney wins the White House. Perhaps the only real worry for evangelicals is that, if elected, the former Massachusetts governor will demonstrate to Americans that Mormons don’t have horns.” 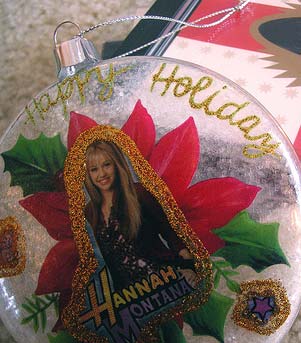 “Mormons certainly don’t have horns if this is meant in a personal sense. Most Mormons I know are nice and unthreatening, and even conservative. There’s nothing about them at all to suggest they are a robotic, brainwashed cult-like fans of Hannah Montana…

“The complaints of the evangelicals have more to do with theological issues, and the term ‘cult’–probably over the top to use the term nowadays–has to do with truth in advertising…

“There isn’t any real ‘moral equivalency’ between Christianity and Mormonism, i.e., no basis for a tu quoque [i.e., “you also” or “you’re another”], as in ‘what about Christian beliefs?’ Christians are usually right up front about what they believe, and seldom hide their beliefs…

“For Christians, Mormon teaching is really quite strange, and even puzzling. From an ‘epistemological’ point of view, evangelicals are right to fear that Mormons wear horns…”

As an Evangelical I would like to clarify that it is not the “strangeness” or “puzzling” nature of Mormon doctrine that causes me concern. Rather, it is what I understand to be unbiblical teachings — teachings which are manifest in promises from Mormonism to provide a way (the way) for people to be forgiven of their sins and reconciled to God; promises the LDS Church is unable to fulfill.

I don’t agree with the letter-writer that Mormons have epistemological horns — or any horns at all. But it might be said that Mormonism has horns.

I’m not specifically concerned over the growth of the LDS Church as Ms. Sheffield suggests; but, like Paul,

“I am afraid that as the serpent deceived Eve by his cunning, your thoughts will be led astray from a sincere and pure devotion to Christ…

“And what I do I will continue to do, in order to undermine the claim of those who would like to claim that in their boasted mission they work on the same terms as we do…for even Satan disguises himself as an angel of light.” (2 Corinthians 11:3, 12, 14)

Sharon surrendered her life to the Lord Jesus Christ in 1979. Deeply passionate about Truth, Sharon loves serving as a full-time volunteer research associate with Mormonism Research Ministry. Sharon and her husband live in Minnesota.
View all posts by Sharon Lindbloom →
This entry was posted in Truth, Honesty, Prayer, and Inquiry and tagged Horns, Mitt Romney. Bookmark the permalink.

16 Responses to Do Mormons Have Horns?