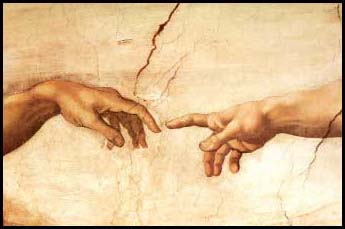 In an article titled “Your Divine Heritage,” LDS General Authority (Seventy) Robert C. Oaks wrote about what he called “spiritual identity theft” (Ensign, April 2008, 49-50). Mr. Oaks suggested that a significant threat to Latter-day Saints achieving their divine potential is the “theft of our eternal identity.” He wrote,

“We know we are sons and daughters of God, with the potential to become like Him as described in His plan of happiness…

The Mormon’s divine potential – described by Mr. Oaks as becoming “like” God – is more properly understood as becoming a God. Throughout the history of Mormonism LDS prophets and apostles have taught that Godhood is the divine potential of men. For example, consider this teaching from an LDS manual:

MEN ARE GODS IN EMBRYO

We Have the Potential to Become like Our Heavenly Parents

Man is the child of God, formed in the divine image and endowed with divine attributes, and even as the infant son of our earthly father and mother is capable in due time of becoming a man, so the undeveloped offspring of celestial parentage is capable, by experience through ages of aeons, of evolving into a God. (Achieving A Celestial Marriage Student Manual, 130)

With an understanding of what Mr. Oaks meant by the use of the term “divine potential,” consider what he wrote next:

“How does Satan do it? He is quite straightforward and predictable. First, he attempts to prompt doubts in our minds about our divine potential. He even cultivates doctrine in the world implying we are much less than we really are. He undermines our faith—and thus our confidence—in our ability to achieve our potential. He strives to bring us to a mind-set in which we believe that we, individually, are not good enough to ever achieve our celestial goals.”

This is the LDS picture of spiritual identity theft: Satan plants doubts in the minds of Mormons about their potential to become Gods; he suggests Mormons are less than Gods in embryo; he erodes the confidence Latter-day Saints have in their ability to achieve Godhood; and he tries to convince them that they are not good enough to become Gods.

While Mr. Oaks attributes this strategy to Satan, think carefully about these statements from another source:

“You are my witnesses,” declares the Lord, “and my servant whom I have chosen, that you may know and believe me and understand that I am he. Before me no god was formed, nor shall there be any after me. (Isaiah 43:10 plants doubts about men becoming Gods)

And you were dead in the trespasses and sins in which you once walked, following the course of this world, following the prince of the power of the air, the spirit that is now at work in the sons of disobedience—among whom we all once lived in the passions of our flesh, carrying out the desires of the body and the mind, and were by nature children of wrath, like the rest of mankind. (Ephesians 2:1-3 suggests men are, by nature, children of wrath, not embryonic Gods)

For whoever keeps the whole law but fails in one point has become accountable for all of it. (James 2:10 challenges the individual’s self-confidence regarding his or her ability to achieve Godhood via perfect holiness)

Behold, you were angry, and we sinned; in our sins we have been a long time, and shall we be saved? We have all become like one who is unclean, and all our righteous deeds are like a polluted garment. We all fade like a leaf, and our iniquities, like the wind, take us away. There is no one who calls upon your name, who rouses himself to take hold of you; for you have hidden your face from us, and have made us melt in the hand of our iniquities. (Isaiah 64:5-7 demonstrates we are not, and will never be, good enough to become Gods)

God Himself declares men will not and cannot become Gods. God declares mankind is not worthy to even be brought into His presence, let alone to become equal with Him in power, might and dominion. Unlike Mr. Oaks’ description of Latter-day Saints being the victims of spiritual identity theft, the opposite is closer to biblical truth. Mormonism attempts to steal the unique identity of the Almighty Creator for the eternal aggrandizement of those who are merely creatures.

Though we shall not become Gods and we are not worthy to live eternally in God’s presence, our hope is nevertheless great. Because God so loved the world that He gave His only Son, that whoever believes in Him should not perish but have eternal life. How’s that for divine potential?

Sharon surrendered her life to the Lord Jesus Christ in 1979. Deeply passionate about Truth, Sharon loves serving as a full-time volunteer research associate with Mormonism Research Ministry. Sharon and her husband live in Minnesota.
View all posts by Sharon Lindbloom →
This entry was posted in Afterlife, Nature of Man. Bookmark the permalink.