In January 2008 radio host Krista Tippett (Speaking of Faith on American Public Media) interviewed LDS scholar Robert Millet. Her stated goal for the interview was to gain a sense of Mormonism, both theologically and spiritually. Throughout the course of the interview, many interesting topics were discussed.

About 25 minutes into the interview, following a statement by Ms. Tippett about how the Mormon tradition views Jesus (Jehovah of the Old Testament, exalted as the God of Abraham, Isaac and Jacob), Dr. Millet told the story of being in a meeting with 20 evangelical pastors who had been invited to “ask whatever questions they wanted to ask” about the Mormon faith. One of the questions asked of an unnamed LDS apostle in attendance was whether Mormons believe Jesus and Lucifer are brothers. After admitting that yes, Jesus and Lucifer were in the pre-existence together, the LDS apostle clarified:

“But let me be straight forward on this. Jesus was God, and there was never a time when He and Lucifer were on the same plane.” 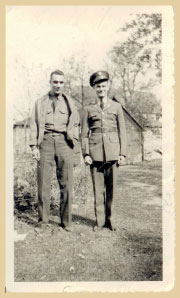 While this answer might alleviate some concern from evangelicals who shudder over the idea that Jesus and Lucifer are both–in the same sense–sons of God, I don’t see the apostle’s answer supported in other LDS teachings.

To begin with, Mormonism teaches that all spirits born to Heavenly Father were first eternal entities “co-equal” (co-eternal) with God:

“Man was also in the beginning with God. Intelligence, or the light of truth, was not created or made, neither indeed can be” (D&C 93:29).

“The mind or the intelligence which man possesses is co-equal with God himself…” (Teachings of the Prophet Joseph Smith, p. 353).

“Our spirit matter was eternal and co-existent with God, but it was organized into spirit bodies by our Heavenly Father” (Spencer W. Kimball, Miracle of Forgiveness, p. 5).

Jesus and Lucifer both began as these co-equal intelligences. They were on the same plane at least at this early point in LDS cosmology.

Next, all of Heavenly Father’s spirit children were born in the pre-existence with equal attributes:

“Every spirit that comes to this earth to take upon it a tabernacle is a son or a daughter of God and possesses all the intelligence and all the attributes that any son or daughter can enjoy, either in the spirit world or in this world, except that in the spirit, and separated from the body, they lacked just the tabernacle of being like God the Father” (Joseph F. Smith, Young Women’s Journal, 6:371-372).

The Pearl of Great Price Student Manual says, “There are varying degrees of intelligence among Heavenly Father’s children,” but then goes on to indicate that the differences are not inherent; rather, they are a product of development:

“[W]e know they were all innocent in the beginning; but the right of free agency which was given to them enabled some to outstrip others, and thus, through the eons of immortal existence, to become more intelligent, more faithful, for they were free to act for themselves, to think for themselves, to receive the truth or rebel against it” (p. 37).

“The ascendancy of Jesus Christ among all of our spirit brothers and sisters) is clearly set forth. Of Him it was said that He is ‘more intelligent than they all.'” (Quoted in The Pearl of Great Price Student Manual, Religion 327, p. 38).

This is in keeping with what Milton R. Hunter taught in General Conference when he said, “during his pre-mortal life Jesus Christ rose to the status of Godhood” (Conference Report, October 1949).

To say that in Mormonism “there was never a time when [Jesus] and Lucifer were on the same plane” is quite misleading. Some might entertain an explanation suggesting that by the time Lucifer was born to Heavenly Father and Heavenly Mother Jesus had already ascended to Godhood. If there are authoritative LDS sources that support this position I would be interested in seeing them; as of now, I’m not aware of any. In fact, everything I have read regarding this issue points to the equality of Jesus and Lucifer; other than birth order, they seem to be understood as having been peers (for example, see Gospel Principles, 1988, pp. 15-16, pp. 32-34).

In 1986 the LDS Ensign magazine included a regular column titled, “I Have a Question.” In the June issue, a question asked and answered was:

“How can Jesus and Lucifer be spirit brothers when their characters and purposes are so utterly opposed?

“Jess L. Christensen, Institute of Religion director at Utah State University, Logan, Utah [answers]. On first hearing, the doctrine that Lucifer and our Lord, Jesus Christ, are brothers may seem surprising to some—especially to those unacquainted with latter-day revelations. But both the scriptures and the prophets affirm that Jesus Christ and Lucifer are indeed offspring of our Heavenly Father and, therefore, spirit brothers. Jesus Christ was with the Father from the beginning. Lucifer, too, was an angel ‘who was in authority in the presence of God,’ a ‘son of the morning.’ (See Isa. 14:12; D&C 76:25–27.) Both Jesus and Lucifer were strong leaders with great knowledge and influence. But as the Firstborn of the Father, Jesus was Lucifer’s older brother. (See Col. 1:15; D&C 93:21.)

“How could two such great spirits become so totally opposite? The answer lies in the principle of agency, which has existed from all eternity. (See D&C 93:30–31.) Of Lucifer, the scripture says that because of rebellion ‘he became Satan, yea, even the devil, the father of all lies.’ (Moses 4:4.) Note that he was not created evil, but became Satan by his own choice” (Ensign, June 1986, 25–26).

So it appears that, according to the documented teachings of Mormonism, Jesus and Lucifer started out together – on the same plane, if you will – but due to choices they made in the pre-existence their paths split. One became a god; the other became Satan.

But I suppose this answer would not have had gone over very well in a meeting with 20 evangelical pastors.

72 Responses to Sons of God