God the Father – Elohim (Part One) 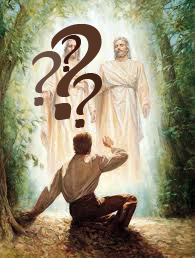 In the Mormon religion, “Elohim” is the name of the god who is the father of our spirits. More commonly referred to as “Heavenly Father,” Elohim is also the LDS “Most High God.”

The scripture passages specifically about “Elohim” can be quickly found in the LDS Topical Guide under the heading “God the Father – Elohim.” Please take a moment to open the link, and look at the verses. Notice that the first three (four) scriptures on the list are from the Old Testament. (Is it just me, or do you also find it odd that there are only four?)

Let’s take a look at the LDS Topical Guide selections for “God the Father – Elohim:”

Selection 1: “Blessed be Abram of the most high God, Gen. 14:19.” This passage is clearly about “Elohim” because it is about the “most high God.” But just to be sure, let’s involve at least a little more context:

When we consider the passage context, we find that the Most High God, possessor of heaven and earth, is “the LORD.” In the KJV, the all-caps word “LORD” shows up many times. But who is the LORD? Good question. Let’s hold off on the answer for a moment longer, while we look at two more selections.

Numbers 16:20-23 “And the LORD spake unto Moses and unto Aaron, saying, Separate yourselves from among this congregation, that I may consume them in a moment. And they fell upon their faces, and said, O God, the God of the spirits of all flesh, shall one man sin, and wilt thou be wroth with all the congregation? And the LORD spake unto Moses, saying…”

And Numbers 27:16: “Let the LORD, the God of the spirits of all flesh, set a man over the congregation…”

So, the God of the spirits of all flesh is also “the LORD.” Let’s figure out who the LORD is then.

Of the 7,970 times the all-caps word “LORD” occurs in the entire KJV Bible, 6510 times it has been translated from the Hebrew word יְהֹוָה. This Hebrew word can be transliterated “YHWH” and is thought to be pronounced “Yahweh.” It is the very same Hebrew word from which we get the name with which many of us are already familiar: Jehovah.

But who is Jehovah, in Mormonism? Let’s go back to the Topical Guide. Click on this link and scroll down a bit, to see that in Mormonism, there are two “God the Father”s: Elohim and Jehovah. Notice that one of the subheadings of “God the Father – Jehovah” is “Jesus Christ–Jehovah.” Do Mormons believe that Jehovah is Jesus? I was taught such as an LDS member.

So, we have read three of the four passages in the Old Testament, designated by the LDS leadership as representative verses of their god “Elohim,” who is Jesus’ supposed spiritual and earthly father, known to us as Heavenly Father. We’ve found that they are, in actuality, about Jehovah, whom Mormons believe is Jesus himself.

Let’s figure this out, shall we? We’ll look at the issue from a different angle on Monday 🙂

God trusting, Bible believing, Jesus lover.
View all posts by setfree →
This entry was posted in God the Father and tagged Elohim, Scripture. Bookmark the permalink.

57 Responses to God the Father – Elohim (Part One)