The Mormon Church speaks out against using pejoratives

With all the attention the Mormon Church is getting in the media these days, it’s not surprising that the LDS Church’s Head of Public Affairs, Michael Otterson, has come out swinging over the way Mormonism is being described. In particular, Mr. Otterson does not like people applying the word “cult” to his religion. One can hardly blame him. The word “cult” conjures up images of Peoples Temple and Jim Jones surrounded by his 917 poisoned followers, or Marshall Applewhite’s Heaven’s Gate with its 39 suicide victims. It is no wonder that Mormonism does not want to be lumped in with such horrible and heartbreaking religious disasters. 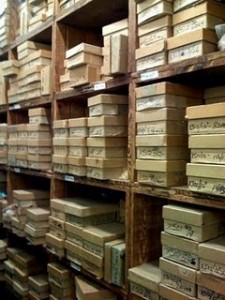 In his On Faith article, “The Mormon church and the media’s ‘cult’ box,” Mr. Otterson warns journalists that “may be tempted to throw out this nasty word with abandon,” or even tempted to use the word “cult” in the context of what others say, to “expect to be challenged.”

Nobody likes pejorative labels, and that includes critics of Mormonism. People who disagree with the tenets of the Mormon Church are often plastered with the “anti-Mormon” label, or, as we refer to it here at Mormon Coffee, the Mormon N-Word. Since Mr. Otterson said it so well, I will here appropriate a bit of his argument but change it to address “anti-Mormon” instead of “cult.” The words I’ve changed from Mr. Otterson’s remarks appear in brackets.

“If the [Mormon N-]word has no currency in academia, why do some keep repeating it? Because it’s a neat, shorthand and rather lazy way of putting a whole group into a box. Once labeled as [anti-Mormon], there is not much need to explain all of the baggage that comes with it — the implicit ideas of extremism, mind control, authoritarianism and secrecy that play perfectly into the kind of rigid stereotypes beloved of the ignorant and bigoted. [Mormons and] Journalists could and should do better than perpetuate this kind of shallowness when referring to [critics of the Mormon Church]. Rather than continuing to parrot it, it’s time they pushed back against those who choose to use it.”

When Mormons and Mormon apologists label critics with the Mormon N-Word, they believe there is not much need to explain any issues the critics may raise. The dissenters — and their concerns — are shoved into a box with lid tightly closed.

It is not that I care so much what people call me. Sticks and stones…you know. What I care about, and care very deeply about, is that plastering me (and others) with the “anti” label gives Mormons “permission” to dismiss anything I say. As authors Richard and Joan Ostling wrote, “All too often Saints use the label ‘anti-Mormon’ as a tactic to forestall serious discussion” (Mormon America, 376). But serious discussion is exactly what Mormons need. Mr. Otterson said doctrinal differences between Mormonism and “traditional” Christianity “should be examined thoughtfully, reasonably and respectfully.” I agree. So let’s get to it.

Sharon surrendered her life to the Lord Jesus Christ in 1979. Deeply passionate about Truth, Sharon loves serving as a full-time volunteer research associate with Mormonism Research Ministry. Sharon and her husband live in Minnesota.
View all posts by Sharon Lindbloom →
This entry was posted in Truth, Honesty, Prayer, and Inquiry and tagged Anti-Mormon, Cult, Michael Otterson. Bookmark the permalink.

43 Responses to The Mormon Church speaks out against using pejoratives