Posted on September 12, 2011 by Sharon Lindbloom 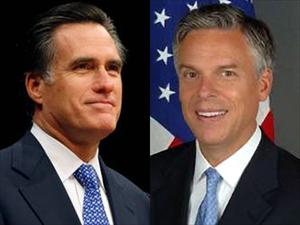 Last week Deseret News published an article titled, “Michele Bachmann’s pastor on Mormonism.” The article notes that outspokenly Christian presidential-hopeful Michele Bachmann has not said what she thinks of Mormonism (the religion of two of her political opponents), but the pastor at her new church home has.

In July of 2007 Bob Merritt, pastor of Eagle Brook Church in Minnesota, preached a sermon titled, “Raise Your Religious IQ — Investigating Mormonism.” (This 35-minute sermon [#215] is available for free download via iTunes.) In Pastor Merritt’s remarks he pointed out some positive aspects of Mormon community life and called for respectful spiritual dialog between Mormons and Christians. Then he moved on to discuss four areas of core belief where Mormonism departs from the Christian faith including: 1) Source of authority and truth; 2) God; 3) Jesus; and 4) Salvation. Pastor Merritt’s conclusion was that, because Mormonism adds to God’s word and disagrees with the Bible on the core doctrines of the Christian faith, it is “untrue.”

I think it’s interesting that Deseret News finds the opinion of Michele Bachman’s pastor on Mormonism to be newsworthy. Since it does, I think it might also be newsworthy to look at what Mitt Romney’s and Jon Huntsman’s “pastors” (church leaders) have said about historic Christianity and its doctrines. Here are just a few thoughts expressed by Mr. Romney’s and Mr. Huntsman’s Mormon “pastors”:

“Some Christians, in large measure because of their genuine love for the Bible, have declared that there can be no more authorized scripture beyond the Bible. In thus pronouncing the canon of revelation closed, our friends in some other faiths shut the door on divine expression that we in The Church of Jesus Christ of Latter-day Saints hold dear: the Book of Mormon, the Doctrine and Covenants, the Pearl of Great Price, and the ongoing guidance received by God’s anointed prophets and apostles. Imputing no ill will to those who take such a position, nevertheless we respectfully but resolutely reject such an unscriptural characterization of true Christianity” (Jeffrey R. Holland, “My Words…Never Cease,” Ensign (Conference Edition), May 2008, p. 91).

“May I divorce myself for the moment from the mainstream of present-day evangelical Christianity, swim upstream as it were, and give forth some rather plain and pointed expressions on this supposedly marvelous means of being saved with very slight effort. But before zeroing in on this religious mania that has now taken possession of millions of devout but deluded people, and as a means of keeping all things in perspective, let me first identify the original heresy that did more than anything else to destroy primitive Christianity. This first and chief heresy of a now fallen and decadent Christianity — and truly it is the father of all heresies — swept through all of the congregations of true believers in the early centuries of the Christian Era; it pertained then and pertains now to the nature and kind of being that God is. It was the doctrine, adapted from Gnosticism, that changed Christianity from the religion in which men worshipped a personal God, in whose image man is made, into the religion in which men worshipped a spirit essence called the Trinity. This new God, no longer a personal Father, no longer a personage of tabernacle, became an incomprehensible three-in-one spirit essence that filled the immensity of space. The adoption of this false doctrine about God effectively destroyed true worship among men and ushered in the age of universal apostasy” (Bruce R. McConkie, “What Think Ye of Salvation By Grace?” BYU Devotional Address given January 10, 1984. Transcribed from original speech).

“One of the most pernicious doctrines ever advocated by man, is the doctrine of ‘justification by faith alone,’ which has entered into, the hearts of millions since the days of the so-called ‘reformation.’” (Joseph Fielding Smith, The Restoration of All Things, 1964, p. 192).

“FAITH, GRACE, AND WORKS. The fallacy that Jesus has done all for us, and live as we may, if on our deathbed, we only believe, we shall be saved in his glorious presence, is most pernicious. Jesus Christ, the Savior of the world, has given us the means whereby man may obtain eternal happiness and peace in the kingdom of our Father, but man must work out his own salvation through obedience to the eternal principles and ordinances of the gospel. For centuries men have been blinded by the false teaching of ‘belief alone sufficient’; and today there is manifest on every hand the sorry plight into which this and other perverse doctrines have thrown the pseudo-Christian sects. The world is in sore need at the present time of the gospel of individual effort—the gospel of faith and works. He who will not grasp this means provided him, will sink beneath the waves of sin and falsehood” (David O. McKay, Gospel Ideals, p. 8).

“If the Savior had come back to earth at the beginning of the fifth century A.D., I doubt whether he would have recognized the Christian Church as the one that claimed descent from that which he had established, so far had it gone astray. Christianity had actually become a composite of Christian beliefs, practices, and doctrines, Jewish teachings and rituals; Greek, Roman, and Egyptian pagan philosophies: and pagan religions of various brands. The Holy Priesthood had been withdrawn from the earth. The power of godliness was no longer present in the Christian Church. Thus there was a complete falling away from the gospel which had been established by the Son of Man. The Church lay in darkness, and the darkness enveloped the earth. This spiritual darkness continued for hundreds and hundreds of years” (Milton R. Hunter, Conference Reports, October 1951, pp. 140-141).

“Since the fifth century, Christianity taught that Adam and Eve’s Fall was a tragic mistake, which led to the belief that humankind has an inherently evil nature. That view is wrong – not only about the Fall and human nature, but about the very purpose of life. The Fall was not a disaster” (Bruce Hafen, “The Atonement: All for All,” Ensign (Conference Edition), May 2004, p. 97).

“The whole Christian world, in the days of the Prophet [Joseph Smith], believed falsely that God was a mystical spirit essence that filled the immensity of space and was everywhere and nowhere in particular present – all of which proved only that they were all heretics, that the apostasy was universal. Heresy is false doctrine” (Bruce R. McConkie, Mormon Doctrine, 1966, p. 352. Italics in original).

(To maintain the idea that these men can be considered Mitt Romney’s and Jon Huntsman’s “pastors,” all of the above statements postdate Mr. Romney’s 1947 birth; all but David O. McKay’s statement postdate Mr. Huntsman’s 1960 birth.)

Additionally, here are a couple of comments on Christianity by Mitt Romney’s great-great-grandfather and LDS apostle, Parley P. Pratt:

“The false and corrupt institutions, and still more corrupt practices of ‘Christendom,’ have had a downward tendency in the generations of man for many centuries. …The overthrow of those ancient degenerate races is a type of that which now awaits the nations called ‘Christian,’ or in other words, ‘the great whore of all the earth, for her sins have reached unto heaven, and God hath remembered her iniquities.’” (Parley P. Pratt, Key to the Science of Theology, GospeLink, p. 166. Ellipses mine).

“O man! be no longer deceived by solemn mockeries of things sacred, or by great and holy names applied to corrupt and degenerate systems. When the miracles and gifts of the divine Spirit ceased from among men, Christianity ceased, the Christian ministry ceased, the Church of Christ ceased. That ministry which sets aside modern inspiration, revelation, prophecy, angels, visions, healings, etc., is not ordained of God, but is anti-christian in spirit. In short, it is that spirit of priestcraft and kingcraft by which the world, for many ages, has been ruled as with a rod of iron. The sooner the present generation lose all reverence and respect for modern ‘Christianity’ with all its powerless forms and solemn mockeries, the sooner they will be prepared to receive the kingdom of God.” (Parley P. Pratt, Key to the Science of Theology, GospeLink, pp. 110-111).