The Book of Mormon: The Keystone of Mormon Doctrine

Posted on December 8, 2011 by Sharon Lindbloom 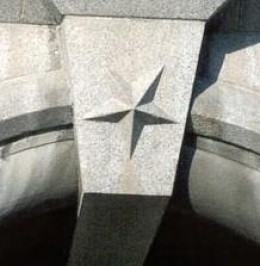 Later on in the magazine, Ezra Taft Benson’s 1986 General Conference address, where he originally provided those reasons, is reprinted in its entirety. In his address, the Mormon prophet explained and clarified what he meant when he said the Book of Mormon is the keystone of the Mormon religion and the keystone of Mormon doctrine. He said,

“There are three great reasons why Latter-day Saints should make the study of the Book of Mormon a lifetime pursuit.

“The first is that the Book of Mormon is the keystone of our religion. …A keystone is the central stone in an arch. It holds all the other stones in place, and if removed, the arch crumbles.”

“That does not mean it contains every teaching, every doctrine ever revealed. Rather, it means that in the Book of Mormon we will find the fulness of those doctrines required for our salvation. And they are taught plainly and simply so that even children can learn the ways of salvation and exaltation.” (55)

Mr. Benson’s explanation is puzzling in light of the fact that the Book of Mormon never mentions many very important doctrines related to the Mormon idea of exaltation. Mr. Benson himself pointed out,

“The coming forth of the Book of Mormon preceded the restoration of the priesthood. It was published just a few days before the Church was organized. The Saints were given the Book of Mormon to read before they were given the revelations outlining such great doctrines as the three degrees of glory, celestial marriage, or work for the dead.” (53-54)

Indeed, the Book of Mormon is silent on both the Aaronic and Melchizedek priesthoods. Is the priesthood, then, not a doctrine required for the exaltation of men and women?

Celestial marriage – marriage for time and eternity – is also not found in the Book of Mormon. Is eternal marriage, then, not a requirement for Mormon exaltation?

The Book of Mormon does not talk about the LDS doctrine of baptism for the dead. Does that mean that those who died without being baptized by someone with the “proper [LDS] authority” may attain exaltation without it?

Mr. Benson didn’t mention Mormon temples, but the Book of Mormon does not contain the important Mormon doctrine that makes temple participation and ordinances a requirement for exaltation.

Indeed, there are many additional important and unique LDS doctrines that are not found in the Book of Mormon. Some, perhaps, would not be considered “requirements” for exaltation. These missing Mormon teachings are things like the doctrine of the pre-existence (pre-mortality), the three degrees of glory, the doctrine of eternal progression, the doctrine of a plurality of Gods, and the doctrine of the “Church of the Firstborn.”

If the Book of Mormon contains the “fulness of the gospel of Jesus Christ,” which is clearly defined by a Mormon prophet as “those doctrines required for our salvation…and exaltation,” why do Mormon leaders insist that extra-Book of Mormon doctrines are required for exaltation? A few can be found in the current LDS study guide and teacher’s manual, Gospel Principles. This book lists fifteen “Requirements for Exaltation”; among them:

“3. Brethren must receive the Melchizedek Priesthood and magnify their callings in the priesthood.

“4. We must receive the temple endowment.

Was the LDS prophet wrong when he spoke about the fullness of the gospel in the Book of Mormon? Why is there such a glaring discrepancy between Ezra Taft Benson’s General Conference address and the teachings of the Mormon Church?

Sharon surrendered her life to the Lord Jesus Christ in 1979. Deeply passionate about Truth, Sharon loves serving as a full-time volunteer research associate with Mormonism Research Ministry. Sharon and her husband live in Minnesota.
View all posts by Sharon Lindbloom →
This entry was posted in Book of Mormon, Mormon Scripture and tagged Book of Mormon, exaltation, Ezra Taft Benson, fulness of the gospel, Todd Christofferson. Bookmark the permalink.

17 Responses to The Book of Mormon: The Keystone of Mormon Doctrine