Posted on February 6, 2012 by Sharon Lindbloom

In an opinion piece that recently appeared in The Salt Lake Tribune (1/28/12), LDS authors David Paulsen and Hal Boyd sought to answer the question, “How do we categorize Mormons?” They state:

“Brigham Young put it this way, ‘We, the Latter-day Saints, take the liberty of believing more than our Christian brethren: we not only believe … the Bible, but … the whole of the plan of salvation that Jesus has given to us. Do we differ from others who believe in the Lord Jesus Christ? No, only in believing more.’”

The authors conclude, “We’d…prefer to be called ‘more Christians.’” 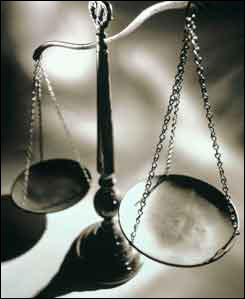 Indeed, Mormons have typically been happy to express the thought that Mormonism is much more, and has much more to offer people, than evangelical Christianity does. While it is true that the LDS belief system adds many teachings not found in the Bible, Mormonism leaves its adherents with much less than a biblical Christian faith grants to those who are in Christ. Mormonism does not add to the Christian faith; rather, it takes much away. Here are a few examples:

Faithful and Able God
Christianity calls for worship and service to the one true God over all. He has revealed Himself in Scripture to be absolutely faithful and able to deliver all He has promised. Because of who He is and His marvelous attributes, we can have complete confidence in Him. (Isaiah 44:6, 8; Deuteronomy 32:4)

The god worshiped and served in the LDS Church is not God over all. He has power over this planet (and perhaps others), but is subservient to his own father-god. He is a being who progresses; therefore, he is not the same yesterday, today and forever. His promised blessings are not sure, but are always conditioned upon man’s behavior. (Achieving a Celestial Marriage Student Manual, 129; D&C 130:21)

Mormonism takes away the Christian’s confidence in the utterly faithful and completely able God.

Peace With God
Christians believe sin separates human beings from God; as sinners, all are enemies to Him. But Christ has reconciled believers to God by His death on our behalf. Our relationship with God is restored through faith and trust in Jesus Christ. God loves and accepts us, not because of anything we have done, but because Jesus has made peace with God for us. (Isaiah 59:1-2; Romans 5:9-11; Colossians 1:20-22)

Mormonism teaches that a person finds favor with God according to his level of obedience to God’s commandments. Reconciliation has not been accomplished, but instead it is an ongoing process, changeable day to day, conditional upon a person’s ability at any given moment to behave perfectly. Because humans are not perfect, their peace with God is always in limbo. (Joseph Fielding Smith, Doctrines of Salvation, 1:14-15; Bruce R. McConkie, Mormon Doctrine, “Love,” “Loving-kindness,” 460)

Mormonism takes away the Christian’s restored relationship with his Creator.

Cleansed Conscience
The Bible teaches–and therefore a Christian believes–that because of Christ, upon confession and repentance, a believer’s sins are “blotted out” and God will “remember [them] no more.” (Acts 3:19; Hebrews 8:12) Therefore, a Christian is not subject to any charge of guilt or condemnation. (Romans 8:1, 33-34) God has granted the incredible gift of full and complete forgiveness.

Mormonism, however, claims that a person’s sins are never really removed unless and until one achieves perfect obedience to all of God’s commands. Suppose a man repents and is forgiven for a sin, but then he repeats that same sin. According to Mormon doctrine, the burden and penalty for all his past sins come back upon him. (D&C 82:7; Spencer W. Kimball, The Miracle of Forgiveness, 170)

Mormonism takes away the Christian’s peace resulting from a conscience cleansed by God’s permanent forgiveness.

Assurance of Salvation
The Christian rests in the certainty that he will spend eternity in the presence of God. Scripture bears witness of this. In the words of the Apostle John, “These things have I written unto you that believe on the name of the Son of God; that ye may know that ye have eternal life,…” (1 John 5:13; John 14:1-3) This assurance brings not only peace, but boldness in living for Christ.

Resurrection is the only future certainty within the LDS belief system. Mormonism’s rules governing whether or not a person spends eternity in the presence of God are very strict. One never knows if he has done enough to earn that blessing. According to Brigham Young, the second prophet of the LDS Church, only those who keep all of God’s commandments will spend eternity with Him. (Journal of Discourses, 14:133) Thus, the possibility of failure is always present.

Mormonism takes away the Christian’s assurance that his eternal future is secure in Christ.

In their Salt Lake Tribune article Paulsen and Boyd say,

“As Robert Millet, emeritus dean of religious education at Brigham Young University, observes ‘it is, of course, the “more” that makes many in the Christian world very nervous and usually suspicious of [Latter-day Saints]. But it is the “more” that allows us to make a meaningful contribution in the religious world.’”

In the area of faith, Mormonism contributes nothing of value – nothing meaningful – to one who has been made alive in Christ. On the contrary, it is Christianity that has much to offer those who trust in Mormonism.

Sharon surrendered her life to the Lord Jesus Christ in 1979. Deeply passionate about Truth, Sharon loves serving as a full-time volunteer research associate with Mormonism Research Ministry. Sharon and her husband live in Minnesota.
View all posts by Sharon Lindbloom →
This entry was posted in Christianity and tagged Assurance, Comparison, Forgiveness, Salvation. Bookmark the permalink.