Mormonism’s growth figures—what can you believe?

Anyone picking up the paper on Wednesday received several messages: 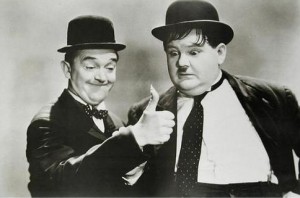 These are amazing numbers. The problem is, the numbers were cooked. A person who only looked at the front page and the major headlines on Wednesday probably missed the follow-up article on Thursday. Instead of the front page, a story was placed in Section B of the Utah section next to the page’s main article, “Dry winter portends a busy wildfire season.” The one-column article next to it had a much smaller headline, reading, “LDS Church growth really near 18%.” The subhead: “Only 40% of Mormons attend church regularly, says researcher.”

Wait a minute. The day before, the number was 45%. The next day, it’s 18%? And then some new information—only 4 out of 10 Mormons go to church regularly. What’s going on? Was this story meant to be a retraction?

“If you suspected the newly released U.S. Religion Census overstated the LDS Church’s growth rate, you were right. That’s because, this time around, the Utah-based faith changed the way it reported its membership to the researchers.”

In her lead, Stack makes it appear that the error (a word she never uses) is the fault of the researchers. Dale Jones, a Religious Census researcher, says he “wished the LDS Church had alerted him about the change in its reporting methods.”

So the church used numbers in a different way than they had done in the past…and nobody caught it? Where was the journalist, Peggy Fletcher Stack? Why did she take the numbers at face value when she had ready access to the information? After all, she could have easily looked at the Deseret News Almanac, printed every year by the church. If she had just taken two minutes and looked closer at the 2001 edition, she would have seen that the U.S. number given by the church was 5,113,000, not 4,224,000. In fact, if she went back to the 1991 edition, she could have also observed that the number in 1990 was closer to the 4,224,000 number that Wednesday’s article said the church had in 2000.

So how well did the church—currently at 14 million—grow worldwide during these past two decades? Brigham Young University professor Daniel Peterson writes for a church newspaper how his people have become “complacent”:

“Today, we have been allotted tools for sharing the gospel of which [Book of Mormon prophet] Alma could never have dreamed. But we may have become complacent. Don’t we send out full-time missionaries? Isn’t that enough? Aren’t we ‘the fastest growing religion’? Actually, we’re not. Church growth has been falling for many years, and our current rate of missionary success is the lowest it’s been for decades. The harvest is great, but the laborers are still too few.” (“The Internet Aids Missionary Effort,” Mormon Times, April 7, 2011).

According to a Reuter’s article, Church Historian and Recorder Marlin Jansen addressed a religious studies class at Utah State University in the fall of 2011. Answering a student’s question about whether or not he knew that members were leaving in droves, he said he was “aware” of the situation.

“And I’m speaking of the 15 men that are above me in the hierarchy of the church. They really do know and they really care.” Jensen said that “not since a famous troublespot in Mormon history, the 1837 failure of a church bank in Kirtland, Ohio, have so many left the church.” The article also reported that “census data from some foreign countries targeted by clean-cut young missionaries show that the retention rate for their converts is as low as 25 percent. In the U.S., only about half of Mormons are active members of the church, said Washington State University emeritus sociologist Armand Mauss, a leading researcher on Mormons. Sociologists estimate there are as few as 5 million active members worldwide.” (“Mormonism besieged by the modern age,” Jan. 30, 2012)

And, in Thursday’s newspaper, an independent researcher is quoted as saying, “We estimate that only 40 percent of LDS Church members in the U.S. attend church regularly” (Salt Lake Tribune, “LDS growth really near 18%,” May 3, 2012, p. B4).

When it comes to numbers, during the first half of the 1990s, the church consistently grew by more than three percent per year. However, beginning in 1998, the rate of growth never reached three percent again, even dipping under two percent in three of the six years between 2005-2010.  Compare the LDS Church statistics with another nineteenth century American religious movement, the Brooklyn, New York-based Watchtower Bible and Tract Society whose members are known as Jehovah’s Witnesses. Unlike Latter-day Saints, the Watchtower Society considers all members to be missionaries who are expected to go door-to-door and evangelize on a regular basis.

In 2010, this organization—which is about half the size of the LDS Church—grew by 294,000 converts (as compared to Mormonism’s 272,000 converts in the same time frame). This is a 4 percent increase from the previous year’s numbers, doubling the total percentage of LDS growth as listed by the LDS Church.

I admit, the LDS Church is still growing in numbers, much more than I would like. But at the same time, they are certainly not growing at the pace they were before the days of DSL Internet. The information is much easier to get. I just wish the LDS Church PR department as well as a Mormon journalist would do their homework and get their stories straight.

This entry was posted in LDS Church and tagged Church growth, Church membership. Bookmark the permalink.

9 Responses to Mormonism’s growth figures—what can you believe?