Mormonism and the Pressure to be Positive

Posted on August 9, 2012 by Sharon Lindbloom 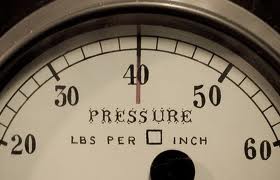 The focus of the interview, as the article’s title indicates, is on how the Mormon Church controls and spins the way LDS missions are perceived by non-missionaries. Another aspect of the article – also fascinating — is how the Church spins and controls the way members perceive those who leave the Mormon faith. In either scenario (missions or apostasy), pressure to be positive (or silent) is brought to bear on the people involved.

Asked, “What does the church say about people who have left the church?” Mr. Williams replied,

“If you ever leave, your life is going to go to hell in a handbasket. You’re going to lose your family, everything is going to go wrong, you’ll become an alcoholic. … What bothers me is, people tell me there’s a right way to do it and a wrong way, and usually the right way is to shut up and move on. If you talk about it at all, you’re ‘bitter and angry; you can leave the church but you can’t leave it alone.’ You can be as nice as you want to and you still can be seen as that. People act like if you don’t believe in the church anymore, suddenly you don’t know anything about it. You have no memory of the doctrines, and you don’t know what it’s like to be a Mormon. It’s like you have this amnesia all of a sudden.” (Ellipsis in the original.)

For Mr. Williams, the pressure to be positive kept him from being honest with himself when he began to question Mormonism.

“A lot of people get angry at the church because they feel they were lied to. I got angry because I realized that for years I knew deep down that something wasn’t right, and still I rationalized and justified things I shouldn’t have. I sold my conscience for the LDS Church, and it still bothers me a lot when I think about it.”

Mr. Williams said he would not allow himself to even think about negative aspects of his religion and religious experiences. “You really do get in the habit of telling just the faith-promoting stuff,” he said. But while he was yet an active Mormon, a friend called Mr. Williams with questions about LDS Church history, specifically about Joseph Smith’s immoral marriage practices. That’s when “it just hit me,” he said. On his blog, Mr. Williams explained,

“And just so there’s no confusion: I did not leave the LDS church because of Joseph Smith’s practice of polygamy and polyandry. That would be way too simplistic. Over many years I rationalized and ‘shelved’ problematic issues, not only in church history but in LDS scripture and foundational claims. The incident with my friend was one of those moments of clarity when I realized how much I had been rationalizing, and I couldn’t justify it anymore. Once I stopped rationalizing polygamy and polyandry, every other rationalization went, too.”

Until he just couldn’t do it anymore.

I don’t know where Mr. Williams is today in regard to his faith, but Jesus said “the truth will set you free.” Hopefully, recognizing the truth about the Mormon Church is, for Mr. Williams and others, the first step toward that boundless freedom Jesus offers those who give up their striving for personal worthiness, and instead place their trust in Him: “If the Son sets you free, you will be free indeed” (John 8:32, 36).

Sharon surrendered her life to the Lord Jesus Christ in 1979. Deeply passionate about Truth, Sharon loves serving as a full-time volunteer research associate with Mormonism Research Ministry. Sharon and her husband live in Minnesota.
View all posts by Sharon Lindbloom →
This entry was posted in Truth, Honesty, Prayer, and Inquiry and tagged Ex-Mormon, Polygamy. Bookmark the permalink.

12 Responses to Mormonism and the Pressure to be Positive