Posted on October 8, 2012 by Sharon Lindbloom

This year’s General Relief Society Conference for Mormon women was held in Salt Lake City on September 29th (2012). Evidence Ministries conducted a Christian outreach outside of the event, handing out packages of tissues to the women as they headed into the building for the conference. Tucked inside of each package was a small card with a picture on one side of a woman in despair and the other side presenting the words of Jesus from Matthew 11:28: “Come unto Me, all ye that labor and are heavy laden, and I will give you rest.” Following the Bible verse on the card were web addresses for Evidence Ministries and four additional Christian websites that women could access if they chose.

In a recent video, Becky Walker of Evidence Ministries explained that she wanted Mormon women to know that “Jesus is the way out of all of the struggles that you face. That’s it’s not a church, it’s not a religion, it’s not an organization, it’s not a priesthood, it’s not anything other than a Person.” 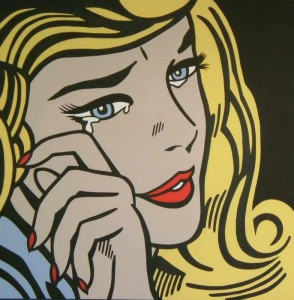 The tissue packages were intended as gifts of love, but the Mormon women didn’t understand that.  Blogging about the conference later, many women wrote about the surprise and dismay they experienced when they found their packages of tissues contained “anti-Mormon literature” in the form of a card displaying “an anti-Mormon quote.”

I don’t know why Mormon women would classify the words of Christ as “anti-Mormon,” bur I do have a theory about it. One woman wrote about tissue packages being “confiscated” by LDS security:

“When entering the conference center, the people who look through your purse to make sure you don’t have guns (or who knows what) asked if we had any of the tissues that were passed out. One of my relatives did and they told her that it had anti-mormon literature attached to it. The door person took the tissues from her and then asked me if I had any. I said no but then noticed the baskets of tissue they had ‘confiscated’ from other women.”

Another woman who attended the conference noted,

“When we got to our seats the usher asked us if we had gotten tissues from the ladies outside. We said yes and they told us to open them and look between the tissues and give them the card inside. The usher also told us that those ladies were anti-Mormon.”

My theory is that many Mormon women never even knew what (specifically) was inside the tissue packages or what it said on the enclosed card. Consider these two accounts told by Mormon women after the event:

“[Terri] was going through the security, the agent said ‘don’t open those, it has Anti-Mormon literature inside’. He took the tissue from Terri, showed her where it had been opened and pulled out their message they had discreetly put inside the tissues. He gave her the tissue back to use if she so wanted. When Terri told me this, I opened my tissues up and sure enough, there inside was their literature. I have no idea what it said, I just took out the card, folded it up and through [threw] it away.”

“I kept the card long enough to take the picture of it to share on this blog post but then ripped it up.  I didn’t visit the sites even though I was curious for I knew that would be like opening the door to my heart and allowing Satan to walk right in, muddy shoes and all.”

I think many Mormon women were told that the tissue packages were “anti-Mormon” and so assumed that anything enclosed inside would be “anti-Mormon” through and through. These women didn’t question the Mormon priesthood-holders that confiscated their tissues and cards, they didn’t read the information in the packages, they didn’t visit the websites to see what the sites were about, they just threw away the gift that was offered in love.

When I heard about this outreach and how it was received, it brought to mind a scene from a musical production put on in Nauvoo, Illinois by the Mormon Church. I first saw “Rendezvous in Old Nauvoo” in 1993 at the Masonic/Cultural Hall in Nauvoo. Several scenes from this play have stuck with me. This particular one depicted an historical scene in which a non-Mormon discussed his concern over the Book of Mormon with a Mormon sympathizer:

“I wouldn’t touch that Book of Mormon with a ten-foot pole.”

“Because everyone says it’s false – even Ezra.”

“Oh, how would Ezra know? Ezra doesn’t even know how to read.”

“Well, he’s smart enough to listen to what other folks say, and Reverend Duberry says it’s a pack of lies.”

“No! He’s not going to. He says it’s leading everyone astray.”

This scene from “Rendezvous in Old Nauvoo” was intended to communicate the idea that it is unreasonable–and even ridiculous–to dismiss something important on hearsay alone. Sadly, many of the women at the General Relief Society Conference did just that. They wouldn’t touch Jesus’ precious, healing words of hope with a ten-foot pole.

But Becky Walker won’t give up. In a letter she posted online for Mormon women to read, Becky explained, “We want you to know the easy yoke and the light burden that Jesus offers as a free gift. Won’t you ‘come unto Him’ today and ask Him to take your heavy burden?”

May Mormons everywhere reconsider and accept this precious gift of love.

Sharon surrendered her life to the Lord Jesus Christ in 1979. Deeply passionate about Truth, Sharon loves serving as a full-time volunteer research associate with Mormonism Research Ministry. Sharon and her husband live in Minnesota.
View all posts by Sharon Lindbloom →
This entry was posted in Mormon Culture, Truth, Honesty, Prayer, and Inquiry and tagged Outreach, Relief Society. Bookmark the permalink.

74 Responses to Gift of Love