One of the most frustrating things for those of us who work in the field of apologetics to the LDS people is having our motives and tactics be misunderstood. For example, many Mormons believe that anyone who tries to share the Christian faith with them must somehow be motivated by hate. The term “anti-Mormon” is a common term used to denigrate anyone who has the audacity to suggest that Mormonism is not the same as Christianity. Opposition, they argue, is nothing less than intolerance.

Yet those who belong to the LDS Church are not the only ones who are critical of various apologetic approaches. Some Christian scholars have also shared their opposition to methods they consider too aggressive. Certainly former Fuller Seminary President Richard Mouw—who likes to hobnob with BYU professors and LDS general authorities—is well known for his vocal disagreement against groups like Mormonism Research Ministry. Based on his talks and writings, it seems that he feels that there are more similarities than differences between Mormonism and Christianity. 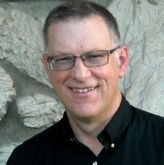 Recently I came across an article in Perichoresis, a publication of Emanuel University of Oradea, Romania (Volume 10, Issue 1 (2012): 23-39), written by a theology professor (Dr. Glen G. Scorgie) at Bethel Seminary San Diego, my alma mater where I received an M.Div. The title of his article “Confrontational Apologetics Versus Grace-Filled Persuasion.” You can certainly look at my detailed response to his piece here, but I want to share a few reasons why I think this type of argumentation is faulty.

For example, the title is nothing less than the either/or fallacy, suggesting that there are only two ways to do apologetics. One method utilizes an aggressive, negative tactic (Dr. Scorgie likes to call this “smash-mouth apologetics”), with the other tactic marked by a gentle, positive demeanor. Demonizing styles that emphasize “stranger evangelism,” he apparently teaches his graduate students that lifestyle evangelism is the only appropriate way to do biblical apologetics. Using a word (“civility”) popularized by Richard Mouw (a man who, in Dr. Scorgie’s own description on page 33, “profoundly affected me”), he writes in his paper’s abstract, “The great challenge before Christian apologists is to speak and live in ways that combine uncompromising faithfulness to revealed truth with a generous spirit of loving service and civility. Grace-filled persuasion always trumps smash-mouth apologetics.”

Dr. Scorgie creates straw man arguments to make “confrontational” apologists look unbiblical. For example, he criticizes “important apologetics reference works” (even those written by scholars) by saying these apologists typically don’t teach proper ways of civil engagement. (I show in my article that his claim is baseless.) He saves his harshest criticism for those who are involved with apologetics to those in the cults, writing on page 31:

“Take, for example, someone who has a life-long ministry to cults. Have you noticed how, over time, they can start to sound a bit like a cult members (sic) themselves? Or consider this example. If a soldier has to fight the Taliban at close quarters for long periods of time, the risk is that they will begin to behave more and more like them. The principle is that we tend to absorb something of the tactics and tone of our opponents. In the sphere of apologetics this can be disastrous.” (p. 31)

Ironically, Dr. Scorgie’s generalization seems to use “smash-mouth” tactics rather than anything that could be considered “grace-filled.” Suppose I said, “Take, for example, someone who has been involved with higher education for all of his or her life. Have you noticed how, over time, they can get so caught up in their writing and pontification in the classroom that they seem quite comfortable in their ivory towers…” I certainly don’t believe this is true, even in a general way, because I do know a number of scholars who take their skills outside the classroom/research walls. Yet here is a man who, in one broad statement, is willing to throw lay apologists under the bus by painting them all as angry, bitter debaters.

People are going to hell, yet by their words, some Christian scholars don’t seem to mind. It would be nice if Dr. Scorgie would be willing to assist the apologists in the goal of reaching out to those who are enmeshed with false religions rather than just shooting his brothers and sisters in the back. After all, aren’t we supposed to be on the same team?

This entry was posted in Friendship, Interaction, and Evangelism and tagged Evangelism, Evanjellyfish, Glen Scorgie. Bookmark the permalink.

12 Responses to Confrontational or Grace-Filled Apologetics?