In the July 2013 issue of Ensign magazine, young Mormons are taught about the importance of “Honesty and Integrity.” One suggestion given for use in teaching the youth the principles of honesty and integrity is a 2005 General Conference address given by the current Mormon President, Thomas Monson. The talk is titled, “The Prophet Joseph Smith: Teacher by Example.” 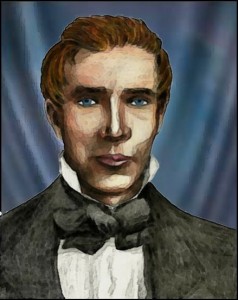 “A few days after his prayer in the Sacred Grove, Joseph Smith gave an account of his vision to a preacher with whom he was acquainted. To his surprise, his communication was treated with ‘contempt’ and ‘was the cause of great persecution, which continued to increase.’ Joseph, however, did not waver. He later wrote, ‘I had actually seen a light, and in the midst of that light I saw two Personages, and they did in reality speak to me; and though I was hated and persecuted for saying that I had seen a vision, yet it was true. … For I had seen a vision; I knew it, and I knew that God knew it, and I could not deny it.’Despite the physical and mental punishment at the hands of his opponents which the Prophet Joseph Smith endured throughout the remainder of his life, he did not falter. He taught honesty—by example.” (Ensign, 11/2005, 68. Bold in the original.)

President Monson might have chosen a better example to illustrate Joseph Smith’s honesty. As Mormon historian James B. Allen wrote:

“According to Joseph Smith, he told the story of the vision immediately after it happened in the early spring of 1820. As a result, he said, he received immediate criticism in the community. There is little if any evidence, however, that by the early 1830’s Joseph Smith was telling the story in public. At least if he were telling it, no one seemed to consider it important enough to have recorded it at the time, and no one was criticizing him for it. Not even in his own history did Joseph Smith mention being criticized in this period for telling the story of the first vision.“

Not only is there no evidence for young Joseph Smith being persecuted and treated with contempt due to talking about his vision of the Father and the Son, there is evidence to contradict such a claim. According to Palmyra resident Orsemus Turner, as a youth Joseph Smith was part of a juvenile debating club and “became a very passable exhorter in evening [Methodist] meetings” where he was welcomed and allowed to preach.

President Monson would not have found a solid example to illustrate Joseph Smith’s honesty in the story of the Kinderhook Plates, either. The Kinderhook Plates were six small brass plates allegedly found in 1843 in a burial mound in Illinois. They were found buried with a 9-foot skeleton and “covered on both sides with ancient characters.” The plates were given to Joseph Smith to translate and he later wrote, “I have translated a portion of them, and they contain the history of the person with whom they were found. He was a descendant of Ham, through the loins of Pharaoh, king of Egypt, and that he received his kingdom from the Ruler of heaven and earth…” Many years later, long after Joseph Smith’s death, two of the men who purported to find the plates claimed it was all a hoax. Nobody paid much attention to this claim for another 30 years. But then, according to the Encyclopedia of Mormonism,

“Interest was kindled again in 1920 when the Chicago Historical Society acquired what appeared to be one of the original Kinderhook plates. Later the Chicago plate was subjected to a number of nondestructive tests, with inconclusive results. Then in 1980, the Chicago Historical Society gave permission for destructive tests, which were done at Northwestern University. Examination by a scanning electron microscope, a scanning auger microprobe, and X-ray fluorescence analysis proved conclusively that the plate was one of the Kinderhook six; that it had been engraved, not etched; and that it was of nineteenth-century manufacture. There thus appears no reason to accept the Kinderhook plates as anything but a frontier hoax.” (Kinderhook Plates, 2:789, 790)

President Monson would not have found a convincing example to illustrate Joseph Smith’s honesty in Smith’s Nauvoo polygamy experience, either. On Sunday morning, May 26, 1844, Joseph Smith addressed his congregation and proclaimed his “Testimony Against the Dissenters in Nauvoo.” The Prophet touched on several charges that various people were making against him, denying them all. He said,

“God knows, then, that the charges against me are false.

“I had not been married scarcely five minutes, and made one proclamation of the Gospel, before it was reported that I had seven wives…

“William Law…swears that I have committed adultery…

“What a thing it is for a man to be accused of committing adultery, and having seven wives, when I can only find one.” (History of the Church, 6:410-411)

Joseph Smith actually had more than thirty wives when he preached on that spring morning in Nauvoo. And chances are that most them were there, listening as their husband/prophet publicly denied them.

Are these the sorts of things President Monson had in mind when he encouraged Mormon Church members in 2005, “May we incorporate into our own lives the divine principles which [Joseph Smith] so beautifully taught—by example—that we, ourselves, might live more completely the gospel of Jesus Christ”?

23 Responses to Joseph Smith and Honesty