Rejecting the Book of Mormon

Posted on December 5, 2013 by Sharon Lindbloom

Early Mormon apostle Orson Pratt sometimes found himself in trouble with leaders of the LDS Church because of things he had written. Mr. Pratt was a prolific writer, and freely expounded on Mormon doctrine, as he understood it. The First Presidency of the Mormon Church issued a Proclamation in 1865 wherein the Latter-day Saints were warned to accept Pratt’s writings with caution. The Proclamation said in part,

“Whenever brother Orson Pratt has written upon that which he knows, and has confined himself to doctrines which he understands, his arguments are convincing and unanswerable; but, when he has indulged in hypotheses and theories, he has launched forth on an endless sea of speculation to which there is no horizon.”

Nevertheless, Orson Pratt’s writings are valuable in that they at least give insight into what an early Mormon apostle firmly believed – and taught. Consider a few excerpts from Mr. Pratt’s “Questions and Answers on Doctrine” from his periodical, The Seer, dated February 1854. Here he discusses the Book of Mormon, how it compares to the Bible, and the importance of the Book of Mormon to mankind.

After explaining that the doctrines and prophecies contained in the Book of Mormon are “very definite, pointed, and plain,” the question is asked, “But is not the Jewish Record or the Bible equally as plain?” Mormon Apostle Pratt answers,

A. No: it no doubt was once just as plain and definite as the sacred Scriptures given in Ancient America. But the Bible has been robbed of its plainness; many sacred books having been lost, others rejected by the Romish Church, and what few we have left, were copied and re-copied so many times, that it is admitted that almost every verse has been corrupted and mutilated to that degree that scarcely any two of them read alike… The first thing, therefore, necessary to the re-establishment of the kingdom of Christ on the earth was to reveal in perfect plainness the exact and precise principles of the gospel in all their fullness; this was accomplished in the remarkable discovery and translation of the sacred records of Ancient America. 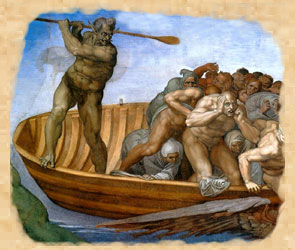 Therefore, when Mr. Pratt is asked, “What does the Lord require of the people of the United States?” the Bible does not figure into God’s requirements in any way. Mr. Pratt’s answer centers on repentance, embracing the message found in the Book of Mormon, and baptism into the LDS Church. The Q and A continues with a pronouncement of dire consequences for those who reject the Book of Mormon — not for those who reject the message, but for those who reject the divine authenticity of the book itself (for the Bible, even in its alleged corrupted and mutilated state, clearly contains the specific message that Mr. Pratt defines: a call to repent, be baptized, and receive the Holy Spirit — see Acts 2:38).

Q. What will be the consequence if they do not embrace the Book of Mormon as a divine revelation?

A. They will be destroyed from the land and sent down to hell, like all other generations who have rejected a divine message.

Q. In what way will the Lord destroy this nation if they reject the Book of Mormon?

A. By a succession of the most terrible judgments. Plague will follow plague in rapid succession, desolating populous cities and destroying hundreds of thousands. The rains of heaven will be staid, and the earth will not yield forth her wonted harvests, and thousands will pine away with hunger and perish. The bonds of the Union which now hold together the States of this Republic, will be severed, and a fearful, desolating, civil war will rage between the South and the North. The people then will no longer dwell upon their farms, and in their villages, and cities with security, but they will flee from city to city, and from State to State before the face of their enemies, and fear and terror will be upon them by day and night. The laws of the land will then be powerless, and the people will no longer be under their wholesome influence; bands of robbers and murderers will wander over the land unrestrained, and thus will the whole nation mourn and waste away and perish, unless they will hearken unto the great message which God has in mercy sent to them. There is no other alternative; they must either embrace the Book of Mormon as a divine revelation, or be cut off by judgments from the land, for it is the sure and certain decree of heaven. God is not to be mocked, neither can a message be rejected from Him with impunity. Now is the day of mercy; now peace dwells within your borders; now the proclamation is repent and come forth with humble hearts and contrite spirits and be baptized for the remission of sins, that you may receive the Holy Ghost. If this proclamation is unheeded, the sword of justice, which is already unsheathed, will fall heavily upon you. 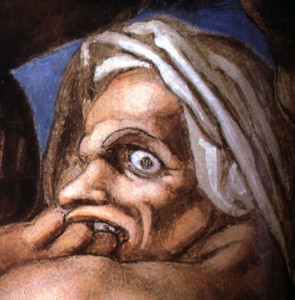 So it’s not the call to repent that must be heeded, for if it was, the Book of Mormon wouldn’t be necessary since the call to repent is definitely, pointedly, and plainly presented in the Bible. Yet in his own “very definite, pointed, and plain” language, Mr. Pratt tells his readers that “there is no other alternative” than to embrace the Book of Mormon as divine revelation. This is the only way (or perhaps he meant it is the only way to begin) to escape God’s “fierce judgment” against this nation collectively, and its people individually.

On this subject of escaping God’s judgment, would today’s Mormonism say that Latter-day Apostle Orson Pratt engaged in teaching “doctrines which he understands”? Or had he imprudently “launched forth on an endless sea of speculation”? I don’t think Mr. Pratt’s teaching would raise many eyebrows in today’s Mormonism – although the LDS Church would probably rather not say so in such “definite, pointed, and plain” language.

Sharon surrendered her life to the Lord Jesus Christ in 1979. Deeply passionate about Truth, Sharon loves serving as a full-time volunteer research associate with Mormonism Research Ministry. Sharon and her husband live in Minnesota.
View all posts by Sharon Lindbloom →
This entry was posted in Book of Mormon, Early Mormonism and tagged Book of Mormon, Church of Jesus Christ of Latter-day Saints, LDS Church, Mormon Scripture, Mormonism, Orson Pratt, The Seer. Bookmark the permalink.

61 Responses to Rejecting the Book of Mormon