Should Christians – or Mormons – participate in the Hindu Holi Festival of Colors? 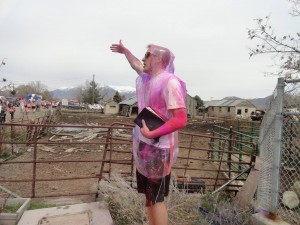 According to the Salt Lake Tribune, the Hindu Holi Festival in Spanish Fork, Utah, “draws tens of thousands of Latter-day Saints and others to Krishna Temple.” The 2014 Festival was held this past weekend. The Washington Post reported,

“’It’s an opportunity for young LDS (Mormon) kids to come and celebrate their spirituality without alcohol or drugs,’ said Caru Das, the temple’s priest.”

Listen as Bill McKeever and Eric Johnson discuss the Holi Festival and its spiritual significance on Viewpoint on Mormonism.

Sharon surrendered her life to the Lord Jesus Christ in 1979. Deeply passionate about Truth, Sharon loves serving as a full-time volunteer research associate with Mormonism Research Ministry. Sharon and her husband live in Minnesota.
View all posts by Sharon Lindbloom →
This entry was posted in Mormon Culture and tagged Holi Festival, Mormons. Bookmark the permalink.

46 Responses to Should Christians – or Mormons – participate in the Hindu Holi Festival of Colors?