Should the cross just be an afterthought?

How one viewed the historical events remembered over the past week makes all the difference in the world. Yesterday some families woke up and had the kids hunt for Easter eggs before putting the ham in the oven and driving to a local church for the semiannual visit. 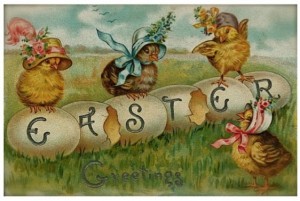 At the end of the day, everything probably felt satisfying. How many of these folks woke up this morning (this is traditionally even called “Easter Monday”) with nothing changed, just another “Monday Monday” as the memory of Easter is bound to quickly fade away?

Suppose you were visiting Seattle in early February 2014, less than a week after the city’s football team won a Super Bowl championship. A million people fill the streets as well as the city’s two stadiums for a celebration of the arrival of the Vince Lombardi trophy. Players on the team stand in flatbed trucks that wind through the parade route heading to the football stadium. Because you’re not a football fan and don’t live in the Pacific Northwest, you don’t quite appreciate the exuberance of these crazy people, but you still become excited and join the festivities anyway. Somebody hands you a hard-to-get ticket so you can enter the stadium and watch the presentation of the trophy, with the “12th man” crowd roaring its approval throughout the afternoon.  It is all very exciting, even for someone who doesn’t quite get what all the fuss is about.

Now switch to the person who has been a faithful fan since the Seahawks were invented in the mid-1970s. There were plenty of losing seasons for those Seattle faithful, as hopes were usually dashed by late November or at least by early December, yielding annual frustration for the fan base. Of course, at the end of most seasons, these fans were fond of saying, “Wait till next year.” Winning a Super Bowl was just a fairy tale fantasy.

Throughout the 2013 season, the Seahawks had many ups but also a number of downs, including several injuries to key players and close losses to top teams later in the season. Yet the team got a win in its last regular season game to claim the conference’s top playoff spot. 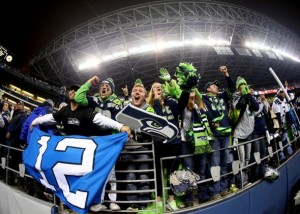 Two weeks later, victory was easily secured in the first playoff game. In the NFC Championship game, it appeared that the team’s rivals—the San Francisco 49ers—would be successful in marching down the field for a winning touchdown with only a minute left. However, when a Seahawks cornerback tipped a potential game-winning touchdown pass and the ball floated to a teammate for an interception, the invitation to the Big Game was sealed.  Two weeks later, the Seahawks crushed their AFC opponent, claiming their first-ever Super Bowl. Despite enduring many years of losing seasons, the newfound “we are the champions” song blaring in the stadium had to be ever sweet for fans in attendance as well as those watching on TV!

Now it’s a few days later and time for the victory celebration. Ask yourself, which one of these two people attending the parade will have fully celebrated: the visitor who just happened to be in Seattle that day or the fanatic who lived and breathed Seahawks football since 1976? I think the answer is obvious.

To someone who grasps the significance of Easter, it would be impossible to celebrate on Sunday and then return to life as normal on Monday. The whole story must be understood, starting from the time a baby was born in a manger; after all, this “God in the flesh” was sent from heaven above to provide forgiveness of sins (Matt 1:21). This child became a man, dwelling among the people with whom He was sent to save (1 John 1:1-8). Even though He was hated by many, Jesus ended up entering Jerusalem on a donkey and was proclaimed the “king of kings.” Ultimately, He was hanged on a cross before uttering the words, “It is finished.” (John 19:30) 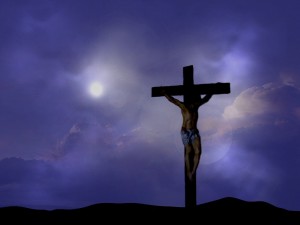 The events that took place on this gruesome day known as “Good” Friday might be considered a “wait till next time” moment by observers.  Certainly this was not the way the disciples must have pictured the ending. In 1 Corinthians 1:18, the apostle Paul admitted that there was a discrepancy between expectations and reality when he wrote, “For the message of the cross is foolishness to those who are perishing, but to us who are being saved it is the power of God.” He added in verse 22 that “Jews demand signs and Greeks look for wisdom, but we preach Christ crucified: a stumbling block to Jews and foolishness to Gentiles.”

Just when all hope looked lost, Easter took place on the third day! To a person who grasps the events of Good Friday, the ultimate celebration (“He is not here, He is risen”–Matthew 28:6) is a glorious moment!

While today’s LDS leaders are very careful to include discussion of the cross in their discussion of the “Atonement”—for example, see the April 2014 Ensign article titled “Special Witnesses Testify of the Living Christ”— they have typically minimized the death on the cross and rather  stressed the event taking place in the Garden of Gethsemane. Although not a general authority, BYU professor Robert J. Matthews best sums up the LDS perspective:

“It was in Gethsemane, on the slopes of the Mount of Olives, that Jesus made his perfect atonement by the shedding of his blood–more so than on the cross.” (A Bible! A Bible! p. 282)

Thirteenth president Ezra Taft Benson would have agreed with such an assessment:

Showing he had no clue about the importance of what took place on the cross, fifteenth president Gordon B. Hinckley stated:

“But for us, the cross is the symbol of the dying Christ, while our message is a declaration of a Living Christ.” (“The Symbol of Our Faith,” Ensign, April 2005, p. 3)

No New Testament author claimed that the blood spilled in the Garden of Gethsemane should be considered efficacious for even a partial atonement for sins. Rather, as the saying goes, the “devil is in the details.” It is the death of Jesus, not His perspiration, that is stressed in the biblical record. (See Bill McKeever’s article “Why Not Gethsemane?” for more details.) As the writer of the book of Hebrews put it, “a will is in force only when somebody has died.” (See Heb. 9:16-22.) I therefore maintain that it is impossible to fully celebrate Easter without first having a proper perspective of the brutality and seeming finality of Good Friday. Understanding that He died in our place so that we could live in His place is a vital concept for those hoping to celebrate Resurrection Day.

If this is understood, the refrain of the old Isaac Watts hymn “At the Cross” will play ever true even the week after Easter:

At the cross, at the cross where I first saw the light,
And the burden of my heart rolled away,
It was there by faith I received my sight,
And now I am happy all the day!

40 Responses to Should the cross just be an afterthought?