Joseph Smith revised the Bible. Some say he “corrected” it. The resulting volume is known as the Joseph Smith Translation (JST) or the Inspired Version. My Mormon edition of the King James Version of the Bible (1989) includes seventeen pages of JST “excerpts too lengthy for inclusion in footnotes” at the back of the book. One of these excerpts is Romans 4:2-5. In this short passage the Prophet made fourteen changes to the text, but none so significant as his revision of Romans 4:5.

In the King James Version of the Bible, Romans 4:5 reads:

“But to him that worketh not, but believeth on him that justifieth the ungodly, his faith is counted for righteousness.”

As Christian pastor and author Mark Cares has noted, “What is so striking about this passage is that it describes God as ‘him that justifieth the ungodly.’  Justifies is a courtroom term that means to acquit or declare not guilty.  In other words, this passage startles us by describing God as acquitting the ungodly.  That doesn’t seem right! But it is. This is what makes the Bible unique.  Where else do we hear about a God who acquits the ungodly?”

Not in Mormonism. According to Mormonism, God cannot save (acquit) people in their sins (see Alma 11:37), though He can save people from their sins (Helaman 5:10. See Book of Mormon Seminary Teacher Resource Manual, lesson on Alma 11:21-40, “True or False”). But (according to Mormonism) if one is to be saved from their sins, they cannot be ungodly (i.e., sinners) but must be godly (i.e., “putting off the natural man and becoming a saint.”)

This Mormon doctrine, that God cannot save people in their sins, does not square with Romans 4:5 as God gave it. But Joseph Smith, without any manuscript evidence to support his position, changed this verse:

“But to him that seeketh not to be justified by the law of works, but believeth on him who justifieth not the ungodly, his faith is counted for righteousness.” (JST Romans 4:5)

Joseph Smith here changed God’s Word to state the exact opposite of what the apostle Paul wrote. Paul said God justifies the ungodly; Joseph Smith says God does not justify the ungodly. Joseph’s change brought Romans 4:5 into greater conformity with Mormon doctrine while at the same time spotlighting what Mark Cares described as “another striking difference between Christianity and Mormonism.  Christianity’s God is the one who justifies the ungodly. Mormonism’s god doesn’t.”

What’s so stunning about Joseph Smith’s change (other than his sheer audacity) is how preposterous it appears in the greater context of Paul’s argument that leads up to Romans 4:5. Christian theologian John Piper explains,

“Up to verse 21 of Romans 3, Paul has shown that all men are under sin and accountable before God… Now Paul turns his attention to the remedy of their universal disease of sin and judgment. ‘But now the righteousness of God has been manifested apart from the law, although the law and the prophets bear witness to it, the righteousness of God through faith in Jesus Christ for all who believe.’ This is the best news in all the world for us who feel our guilt before God and know that our righteousness is wholly inadequate to win God’s favor. 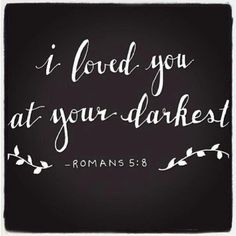 “The good news is that God, in his great love, has made a righteousness available to all who find their confidence for life in Jesus Christ. We cannot work for this gift so as to earn it, merit it, or deserve it; but it is there for everyone who hopes in Christ. Romans 4:4, 5 make this plain: ‘To the one who works, his wages are not reckoned as a gift but as his due. And to the one who does not work (i.e., does not try to earn, merit, or deserve God’s gift) but instead trusts him who justifies the ungodly, his faith is reckoned as righteousness.’ The good news is that there is free acquittal for the guilty who stop trying to impress God and men but instead rest in Jesus. There is no human drug or salve that can ease the guilty conscience like this truth can.” (“How Is It Right to Justify the Ungodly?”)

Indeed, as Aaron Shafovaloff has said elsewhere, “justification of the ungodly by faith ‘apart from works’ seems to be the whole point of Paul in the passage”:

“What then shall we say was gained by Abraham, our forefather according to the flesh? For if Abraham was justified by works, he has something to boast about, but not before God. For what does the Scripture say? ‘Abraham believed God, and it was counted to him as righteousness.’ Now to the one who works, his wages are not counted as a gift but as his due. And to the one who does not work but believes in him who justifies the ungodly, his faith is counted as righteousness, just as David also speaks of the blessing of the one to whom God counts righteousness apart from works: ‘Blessed are those whose lawless deeds are forgiven, and whose sins are covered; blessed is the man against whom the Lord will not count his sin.’” (Romans 4:1-8)

44 Responses to Joseph Smith and Romans 4:5