The Book of Abraham: A Mormon Conundrum 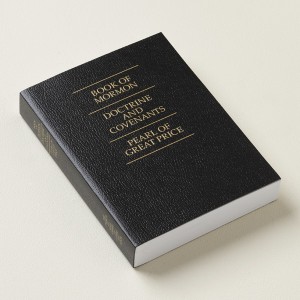 In the pre-2013 Introductory Note to the Pearl of Great Price (where the Book of Abraham resides in the Mormon canon of scripture) the Mormon Church explained the book in this way:

“The Book of Abraham. A translation from some Egyptian papyri that came into the hands of Joseph Smith in 1835, containing writings of the patriarch Abraham.”

In the current edition of the Mormon Church’s scripture the Introductory Note reads:

The new wording side steps the issue of Joseph’s traditional/literal translation of the text. Whereas the Church used to promote the idea that Joseph translated the writing that was on the papyri (that is, he rendered the Egyptian characters into English), the revised explanation takes the resulting text of the Book of Abraham and removes it from the content of the papyri. 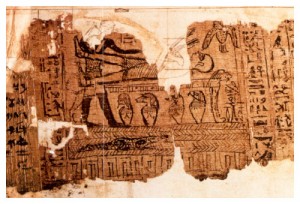 This is no wonder since a major controversy surrounding the Book of Abraham following the 1967 discovery of Joseph’s long-lost papyri is the fact that Joseph’s translation is not supported in any way by the Egyptian – he got it all wrong.

The new Gospel Topics essay continues the effort to rescue Joseph Smith’s groundless “translation” from the harsh reality of informed scholarship. The essay admits, “Mormon and non-Mormon Egyptologists agree that the characters on the [papyri] fragments do not match the translation given in the book of Abraham,” then goes on to state, “The relationship between those fragments and the text we have today is largely a matter of conjecture.” In other words, the Mormon Church does not know what role the Egyptian papyri played in Joseph Smith’s rendering of the Book of Abraham. (Please see Rob Bowman’s excellent discussion of this topic at “What Kind of a Translation Is the Book of Abraham? A Multiple-Choice Question.”)

The Gospel Topics essay on the Book of Abraham has created a conundrum for Mormons. As Utah Lighthouse Ministry’s Sandra Tanner asked elsewhere, which of the following two statements made by The Church of Jesus Christ of Latter-day Saints is accurate?

1. The canonized (current) heading on the Book of Abraham: “A Translation of some ancient Records that have fallen into our hands from the catacombs of Egypt. The writings of Abraham while he was in Egypt, called the Book of Abraham, written by his own hand, upon papyrus.”

2. An alternative suggested in the Gospel Topics essay statement found on the LDS Church’s website: “Joseph’s translation was not a literal rendering of the papyri as a conventional translation would be. Rather, the physical artifacts provided an occasion for meditation, reflection and revelation. They catalyzed a process whereby God gave to Joseph Smith a revelation about the life of Abraham, even if that revelation did not directly correlate to the characters on the papyri.”

Does a faithful Mormon choose to believe the canonized explanation? Or does he choose to believe an explanation provided by a nameless group of scholars (approved, no doubt, by someone in authority at Church headquarters)? Perhaps no choice is required of Church members since the Church itself is not troubled by the incongruity.

“After all this time, the LDS Church is no closer to an answer. Was the Book of Abraham actually written in Egyptian on the papyri? They don’t know. The ‘only true and living church upon the face of the whole earth’ (D&C 1:30), led by a series of presidents each of whom has been ‘a prophet, seer, and revelator (D&C 21:1; 107:91-92),’ has no idea how to explain the relationship between the book and the papyri.”

Perhaps this is because there is no relationship between them. It’s hard to conclude anything other than that the Book of Abraham is naught but a fabrication (at best), or a falsehood, perpetrated by Joseph Smith, the Prophet of this so-called Restoration.

22 Responses to The Book of Abraham: A Mormon Conundrum