A Remarkable Prophecy About Joseph Smith? 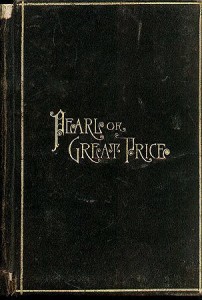 In Joseph Smith’s official History (found canonized in the Mormon book of scripture Pearl of Great Price), the Prophet relates a prophecy delivered to him by the angel Moroni:

“He called me by name, and said unto me that he was a messenger sent from the presence of God to me, and that his name was Moroni; that God had a work for me to do; and that my name should be had for good and evil among all nations, kindreds, and tongues, or that it should be both good and evil spoken of among all people.” (Joseph Smith—History 1:33)

During last April’s General Conference, Seventy Lawrence Corbridge referred to this as an “amazing prophecy” (Ensign, May 2014, 104). Indeed, Latter-day Saints attach great significance to this passage from their scriptures, believing the declaration to be a remarkable, unassailable prophecy that is evidence of Joseph Smith’s calling from God. Consider the words of another Mormon Seventy, Cecil O. Samuelson (then president of BYU), presented in a 2005 devotional address:

“Even before the Church was organized, it became clear that Joseph Smith was no ordinary young man. Although born into modest means and circumstances, he was quickly identified as someone special. The First Vision was an unexpected occurrence that not only changed his life forever but also changed the history of the world. His initial interview with the angel Moroni, occurring while he was just 17 years old, taught him that his life and work would not be usual by any measure.

‘He called me by name, and said unto me that he was a messenger sent from the presence of God to me, and that his name was Moroni; that God had a work for me to do; and that my name should be had for good and evil among all nations, kindreds, and tongues, or that it should be both good and evil spoken of among all people’ (Joseph Smith—History 1:33).

“That is an amazing prophecy for any 17-year-old. Think of the statistical improbability of the assertion that his ‘name should be had for good and evil’ around the world. Yet the name Joseph Smith is becoming widely known among virtually all of the nations of the earth.” (“Stand by My Servant Joseph,” Ensign, February 2013)

In 1823, when Joseph was 17 years old, this declaration about the young man’s future widespread notoriety would indeed sound rather dubious. But Joseph Smith’s historical account wasn’t written when he was 17 years old; it was written in 1838 – when he was 32 years old. And by that time he was not an unknown teenager living in his parents’ home. By the time this account was written, Joseph Smith’s name was quite well-known—among his friends and among his many foes. 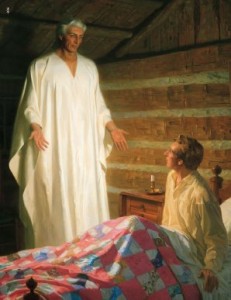 According to Joseph, this prophecy was given to him during a trinity of nighttime angelic visitations that transpired in his bedroom on September 21, 1823. Other pre-1838 historic accounts of Moroni’s visits do not mention the prophecy at all, save one – a lengthy account written by Oliver Cowdery, fact-checked by Joseph Smith, and published in the Latter-day Saints’ Messenger and Advocate in serial form from October 1834 to October 1835.

In Cowdery’s account of the angelic visits to Joseph Smith, the angel told Joseph that God was about to do “a marvelous work and a wonder” through him. The angel said,

“Wherever the sound shall go it shall cause the ears of men to tingle, and wherever it shall be proclaimed, the pure in heart shall rejoice, while those who draw near to God with their mouths, and honor him with their lips, while their hearts are far from him, will seek its overthrow, and the destruction of those by whose hands it is carried. Therefore, marvel not if your name is made a derision, and had as a by-word among such, if you are the instrument in bringing it, by the gift of God, to the knowledge of the people.” (Letter IV, Messenger and Advocate, February 1835, 79-80)

This account of the heavenly communication differs from Joseph’s 1838 account. There is no prophecy involving Joseph; there is no mention of Joseph’s name being had for good and evil; there is no suggestion of a world-wide scope of antagonists. Instead, Moroni tells Joseph not to be surprised (“marvel not”) if he is mocked and cited as a notorious person (“derision and by-word”) among those who seek the destruction of God’s [Mormon] messengers. This, of course, was not a new idea. Nearly two thousand years before this Jesus warned His people that they would be “hated by all nations” because of their commitment to Christ (Matthew 24:9).

Later in Cowdery’s account he comes closer to the prophecy as related in 1838, but still doesn’t quite get there. This divine message is delivered on a different date, in a different location, and in a different context, while the message itself differs in wording and scope. Cowdery writes of Joseph Smith actually finding the plates the day after the thrice-repeated nighttime angelic visits (September 22, 1823). As Joseph knelt beside “the repository” of the plates, a heavenly messenger told him,

“All this is shown, the good and the evil, the holy and impure, the glory of God and the power of darkness, that you may know hereafter the two powers and never be influenced or overcome by that wicked one… Your name shall be known among the nations, for the work which the Lord will perform by your hands shall cause the righteous to rejoice and the wicked to rage: with the one it shall be had in honor, and with the other in reproach; yet, with these it shall be a terror because of the great and marvelous work which shall follow the coming forth of this fulness of the gospel.” (Letter VIII, Messenger and Advocate, October 1835, 198-199)

Joseph Smith in the Kirtland Temple
by grindael

This is the earliest account I’ve seen that mentions a prediction that Joseph Smith would have fame among both followers and detractors. But even in 1835 (when this narrative was published), all of this was already a done deal.

Joseph Smith’s name was well-known in “the nations” of at least the United States and Canada. Some people in each nation believed him to be a good prophet who spoke for God; some believed him to be an evil imposter. His followers honored his name; his critics held his name in derision.

It is no great feat to state the beginning from the vantage point of the end, nor to write a “prophecy” after it has been fulfilled. The “amazing prophecy” that Joseph Smith’s name would be had for good and evil among the nations was not so remarkable after all.

10 Responses to A Remarkable Prophecy About Joseph Smith?