Mormons Don’t Believe In the Trinity

Posted on December 1, 2014 by Sharon Lindbloom

In an October (2014) blog, Latter-day Saint Greg Trimble sought to explain “Why Mormons Don’t Believe In the Trinity.” As Mr. Trimble pointed out, it is imperative that we “know who and what God is,” for Jesus said, “And this is eternal life, that they know you the only true God, and Jesus Christ whom you have sent” (John 17:3). 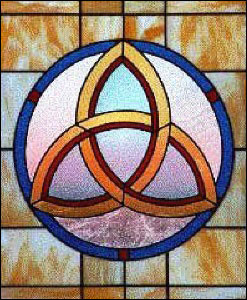 From there Mr. Trimble launched into the meat of his article – the specific reasons why Mormons don’t believe in the Trinitarian (Christian) God.

From what he’s written (in both parts 1 and 2 of this essay), this is my conclusion: The reasons Mormons don’t believe in the Trinity are these:

We have presented information on the doctrine of the Trinity and the Council of Nicea before on Mormon Coffee; so if you need to familiarize yourself with the definition, facts and biblical support for the Christian Trinitarian God, please see those articles (parts 1, 2, 3 and 4). To see how Greg Trimble led me to my conclusion on why Mormons don’t believe in the Trinity, read on.

“I decided I wanted to see for myself whether Heavenly Father, Jesus Christ, and the Holy Ghost were one being ‘manifesting’ Himself in three different persons.”

“These politicians and a few clergymen voted on how to define God at Nicea and it became later known as the Athanasian creed. The council was a debate between essentially two men; Arius and Athanasius. Arius believed that The Father, the Son, and the Holy Ghost were separate entities, of one mind, but individuals nonetheless. Athanasius believed that the three were ‘of one substance’. Athanasius was more vocal, more convincing, and had more friends. He won the vote and Arius was cast out as a heretic.” 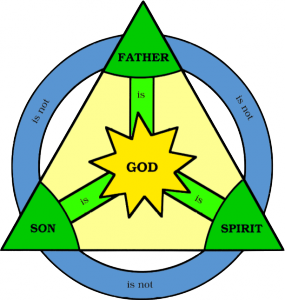 “Why does all of Christendom say that Mormons don’t worship the correct Jesus or believe the Bible when they themselves are basing their entire belief in God not on the Bible but on a creed that was pieced together by the Roman pagans and politicians of the 4th century? I never heard Peter or Paul or John or Christ or anyone else in the New Testament talk about the trinity.”

“I wonder if Paul had some of the same thoughts I’m having when he cruised into Athens and saw an inscription on an altar that said ‘TO THE UNKNOWN GOD’. He was horrified! An unknown God?! The rest of the apostles were horrified at the thought as well. They were watching the true understanding of the nature and character of God slip away right before their eyes, and they knew the impact it would have on the Church. By the end of the first century…no one had a clue.”

“Now this is where it gets really strange. Protestants seem to be the most vocal against Mormons for not believing in the trinitarian creeds. But check out the first sentence of the Athanasian creed! ‘Whosoever will be saved, before all things it is necessary that he hold the catholic faith.’ Geeee. So…since all other Christian reformers came out of the Catholic Church…it’s hard to believe there are so many protestants that would hold that creed so dear to their hearts…even dear enough that they would send Mormons out of Christianity just for not believing it. That creed just told them that there is no salvation outside of the Catholic Church!”

Mr. Trimble (and other Mormons) exhibits a grave lack of understanding regarding the biblical, Christian doctrine of the Trinity. And no wonder. Misunderstanding of this doctrine has been perpetuated throughout Mormonism by all sorts of Church authorities, from prophets to ordinary elders, from Joseph Smith’s day to contemporary times.

“Many men say there is one God; the Father, the Son and the Holy Ghost are only one God! I say that is a strange God anyhow—three in one, and one in three! It is a curious organization… All are to be crammed into one God, according to sectarianism. It would make the biggest God in all the world. He would be a wonderfully big God —he would be a giant or a monster” (Teachings of the Prophet Joseph Smith, p. 372. Ellipses mine).

“The world wrestles with the question of who God is, and in what form He is found. Some say that the Father and the Son and the Holy Ghost are one. I wonder how they ever arrive at that. How could Jesus have prayed to Himself when he uttered the Lord’s Prayer? How could He have met with Himself when He was on the Mount of Transfiguration? No. He is a separate being. God, our Father, is one. Jesus Christ is two. The Holy Ghost is three. And these three are united in purpose and in working together to bring to pass the immortality and eternal life of man.” (Church News, 7/4/1998, 2)

“THE TRINITY CREATION. They believe in the trinity creation. The trinity was voted on in the Council of Nicene hundreds of years after Christ’s death. A bunch of church leaders and government officials got together and voted on ‘who God was?’, and it wasn’t even a unanimous vote. There were about four different versions of God that they voted on. The version that is used by Catholics and Protestants today only won by about a 40 percent margin. Their view of God, as you may know, is that He is like a formless mass of spirit that fills the whole universe and when He comes to earth, part of it breaks off and forms itself into Jesus” (Scott Marshall, Tracting and Member Missionary Work, p. 73).

I confess: Like Mormons, I do not believe in that misconceived idea of the trinity, either. But the biblical doctrine — that is, “Within the one Being that is God, there eternally exists three coequal and coeternal Persons, namely, the Father, the Son, and the Holy Spirit” — that doctrine of the Trinity I believe. That describes the God I know and worship, and in whom I have eternal life (John 17:3).

Sharon surrendered her life to the Lord Jesus Christ in 1979. Deeply passionate about Truth, Sharon loves serving as a full-time volunteer research associate with Mormonism Research Ministry. Sharon and her husband live in Minnesota.
View all posts by Sharon Lindbloom →
This entry was posted in Christianity, Early Christianity, Nature of God and tagged Church of Jesus Christ of Latter-day Saints, Council of Nicea, Creeds, Gordon B. Hinckley, Joseph Smith, Mormon Church, Mormons, Trinity. Bookmark the permalink.

77 Responses to Mormons Don’t Believe In the Trinity