Are Christian pastors called of God?
This Mormon doesn’t think so.

Posted on February 2, 2015 by Sharon Lindbloom

According to The Spectrum, a news source out of St. George, Utah, columnist

“Joe Kent Kerby has a Ph.D. from Columbia University in economics, is a former professor and published author, as well as a member of The Church of Jesus Christ of Latter-day Saints.”

From all of these listed qualifications, I can only see one that would have led to the terribly uninformed assertion that began Dr. Kerby’s January 22nd column:

“I believe that for many clergy members, becoming a church minister is essentially equivalent to becoming an accountant, a sales person or a computer technician. This, of course, is backward from the process prescribed by Paul.

“‘And no man taketh this honor unto himself, but he that is called of God, as was Aaron.’” (Hebrew: 5: 4)” (“LDS condemns taking money for church work”)

In his column Dr. Kerby goes on to make a case for volunteer (unpaid) clergy, such as is found, he says, in the Mormon Church:

“Pastors, known as bishops in the LDS Church, receive no financial compensation for their church service, nor do stake presidents (who preside over bishops) nor do relief society presidents, primary presidents, elders quorum presidents, high priest group leaders, or stake patriarchs. The entire church is administered by saints who serve the Lord without remuneration.” 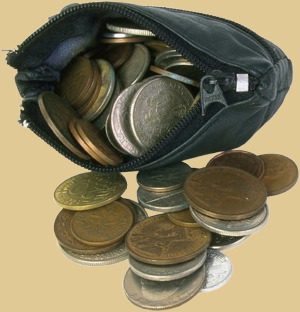 Of course, it is not completely true to say that “the entire church is administered…without remuneration” since many Mormon Church leaders do receive financial compensation, even if it is “merely” to provide for living expenses and reimbursement for various expenses incurred in carrying out their duties. For information on the idea of paid/unpaid ministry and its spiritual basis, take a look at MRM’s articles, “Mormonism’s Paid Ministry” and “What does ‘unpaid ministry’ look like? A look at the mission presidents handbook.”

Much could be said regarding Dr. Kerby’s assertions about Mormonism’s unpaid administration, but what I want to focus on here is his initial statement:

“…for many clergy members, becoming a church minister is essentially equivalent to becoming an accountant, a sales person or a computer technician. This, of course, is backward from the process prescribed by Paul.”

Reading this, I can’t help but wonder whether Dr. Kerby has ever spoken to a pastor regarding his call to ministry. In the context of Dr. Kerby’s column, he is asserting that men and women often become ministers for the money. Everyone needs a job, after all. And while it may be true that some people become ministers for self-serving reasons, I’ve never met one.

I’ve met a lot of pastors. Almost without exception they have been servants of God who are responding to God’s call on their lives. The very idea of entering into the pastorate because they needed a job would make them cringe.

Consider the words of Pastor Kevin DeYoung as he discusses the ministry:

“I get to serve the God I love and work with the things our God loves most deeply: his word and his church…Above all, the shepherd aims to serve the flock, even at great personal cost to himself. The shepherd is accountable for the sheep as their ‘protector, provider, and guide.’ He must be the type of leader who can rule with a rod of iron (Psalm 2) and tenderly carry the nursing ewes (Isaiah 40). ” (Kevin DeYoung, “Embracing a Pastoral Approach”)

“Ask any pastor who really takes his work seriously and he will tell you of the pressures he feels in ministry—people in crisis, people leaving, people coming, people falling through the cracks, people disappointed by the pastor, people disappointing to the pastor. In the midst of this work the pastor is trying to find time for study, prayer, preparation, and family. He’s trying to improve himself, train up new leaders, meet the budget, get to know a few missionaries, champion important program, manage staff, take care of administrative details, provide for deep, accessible worship and preaching, be responsive to new ideas, listen to new concerns, be ready to help when people are in trouble.” (Kevin DeYoung, “Pastoral Pressure and Apostolic Anxiety”)

Retired pastor John Piper wrote “30 Reasons Why It Is a Great Thing to Be a Pastor.” His list includes things like:

1. God is the greatest Reality in the universe. And pastors swim in that sea with ever-replenished joy.

2. Jesus is the greatest Savior, Master, and Friend that ever was or will be.  And pastors contemplate and commend him every day.

3. The Holy Spirit is the greatest Helper in the world.  And pastors are driven to have his fullness constantly.

4. The Bible is the greatest book there is.  And pastors delight to mediate on it day and night.

5. The gospel is the greatest news ever sent.  And pastors revel in believing it and telling it every day.

And on it goes in this same vein, until number 28. At number 28 Dr. Piper mentions money:

28. Loving money is the great root of countless evils.  And pastors sever it in their homes and seek its cheerful death in all their flock.

Finally Dr. Piper reaches the end of his list:

30. Lowly servanthood is high greatness. And pastors rejoice to say: He must increase, and I must decrease. 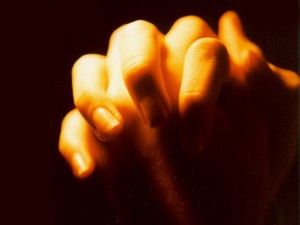 Dr. Kerby is way off base when he asserts that the way Christian pastors approach their vocation is “essentially equivalent to becoming an accountant, a sales person or a computer technician.” Becoming a minister of God is recognized within Christianity as a high and holy calling that carries with it great responsibility. Pastor John MacArthur noted that as a pastor:

“I am directly responsible to God for the lives of the people He has given me to shepherd…I have a relationship with my people like that of a shepherd and his sheep. I watch over their souls as one ‘who will give an account’ (Heb. 13:17).” (“Ten Reasons I Am a Pastor”)

Some pastors initially resist God’s call to the ministry. Consider the story of Jason Meyer. He was content to pursue a career as an occupational therapist – until his grandfather asked him to pray and seek God’s leading for his life.

“The ministry idea seemed odd. Nevertheless, he couldn’t shake it. It became a burden to him and he grew desperate for clarity. ‘If you want me to do this, just tell me,’ Jason prayed. As a 19-year-old kid with his whole life ahead of him, he just wanted to be sure he was doing the right thing. He wanted a clear sign. He wanted God to speak. And as he sat in church the next Sunday, God did.

“The pastor preached on the calling of the disciples and at one point in the sermon, having no knowledge of Jason’s quest for clarity, the pastor looked out at the congregation and said there were some present who needed to answer God’s call. Jason, now sitting on his hands and completely undone, whispered, ‘God, I’m yours.’” (“Because God Leads: The Story of Jason Meyer”)

Jason Meyer was eventually called to succeed John Piper as Pastor for Preaching and Vision at Bethlehem Baptist Church. He did not take this honor to himself, but humbled himself, as one who was called by God, to give his very life in service and obedience to his Lord.

It might make Mormons feel better about their faith to think of Christian pastors as “hirelings of Satan bent on convincing God’s children to believe in a false gospel” (as the temple ceremony used to depict), but the truth is, Christian pastors love God and love God’s people, and sacrificially give their lives to God’s service.

16 Responses to Are Christian pastors called of God?
This Mormon doesn’t think so.