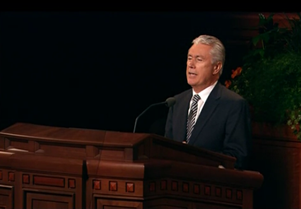 It’s like an April Fools joke, but nobody’s laughing. Instead, people are scratching their heads.

During the April 2015 Sunday morning General Conference session, Mormon Apostle Dieter F. Uchtdorf (of the First Presidency) gave a talk that just a few decades ago would have been described by LDS Church leaders as one of “such utter nonsense and so palpably false that to believe it is to lose one’s salvation” (“What the Mormons Think of Christ,” pamphlet published by The Church of Jesus Christ of Latter-day Saints, 1982, 19).

In the talk titled, “The Gift of Grace,” Mr. Uchtdorf presented what sounded for all the world like a Christian gospel message. As one blogger noted, “It’s like someone snuck an Evangelical pastor into General Conference.”

“…Jesus the Christ brought salvation to all those who shall believe in His name… We cannot earn our way into heaven. The demands of justice stand as a barrier which we are powerless to overcome on our own. But all is not lost. The grace of God is our great and everlasting hope.” (2:46-5:44)

“FAITH, GRACE, AND WORKS. The fallacy that Jesus has done all for us, and live as we may, if on our deathbed, we only believe, we shall be saved in his glorious presence, is most pernicious. Jesus Christ, the Savior of the world, has given us the means whereby man may obtain eternal happiness and peace in the kingdom of our Father, but man must work out his own salvation through obedience to the eternal principles and ordinances of the gospel. For centuries men have been blinded by the false teaching of ‘belief alone sufficient’; and today there is manifest on every hand the sorry plight into which this and other perverse doctrines have thrown the pseudo-Christian sects. The world is in sore need at the present time of the gospel of individual effort—the gospel of faith and works. He who will not grasp this means provided him, will sink beneath the waves of sin and falsehood.” (David O. McKay, Gospel Ideals, 8)

“One of the most pernicious doctrines ever advocated by man, is the doctrine of ‘justification by faith alone,’ which has entered into, the hearts of millions since the days of the so-called ‘reformation..’” (Joseph Fielding Smith, The Restoration of All Things, 1964, 192)

“The Sectarian Dogma of Justification by Faith Alone has exercised an influence for evil. The idea upon which this pernicious doctrine was founded was at first associated with that of an absolute predestination, by which man was foredoomed to destruction, or to an undeserved salvation.” (James E. Talmage, Articles of Faith, 1984, 432). 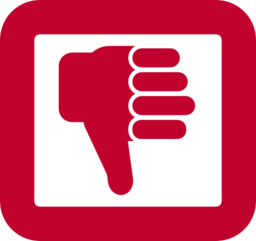 “One of the most fallacious doctrines originated by Satan and propounded by man is that man is saved alone by the grace of God; that belief in Jesus Christ alone is all that is needed for salvation” (Spencer W. Kimball, The Miracle of Forgiveness, 206. See also The Book of Mormon Student Manual Religion 121 and 122, 1989, 36).

And another did not mince words when he said salvation by grace alone is a “false doctrine” and “the second greatest heresy in Christendom.” (Mormon apostle Bruce McConkie, respectively, The Joseph Smith Translation, 13; The Millennial Messiah: The Second Coming of the Son of Man, 77)

Mr. Uchtdorf went on in his talk to explain,

“ ‘…for we know that it is by grace that we are saved, after all we can do.’ However, I wonder if sometimes we misinterpret the phrase ‘after all we can do.’ We must understand that ‘after’ does not equal ‘because.’ We are not saved ‘because’ of all that we can do. Have any of us done all that we can do? Does God wait until we have expended every effort before he will intervene in our lives with His saving grace?… Nephi labored so diligently to persuade his children and brethren ‘to believe in Christ, and to be reconciled to God.’ After all, that is what we can do. And that is our task in mortality.” (15:55-17:36)

Here, again, this current Mormon apostle’s General Conference teaching was at odds with the teachings of other Church leaders. Consider the words of the 11th President of the Mormon Church, Harold B. Lee:

“The Lord will bless us to the degree to which we keep His commandments. Nephi put this principle in a tremendous orbit when he said: ‘For we labor diligently to write, to persuade our children, and also our brethren, to believe in Christ, and to be reconciled to God; for we know that it is by grace that we are saved, after all we can do.’ (2 Nephi 25:23.) The Savior’s blood, His atonement, will save us, but only after we have done all we can to save ourselves by keeping His commandments.” (Harold B. Lee, Stand Ye in the Holy Places, 246. See also Teachings of Presidents of the Church: Harold B. Lee, 24).

“The truth is that we are saved by grace only after all we ourselves can do. (See 2 Ne. 25:23.) There will be no government dole which can get us through the pearly gates. Nor will anybody go into the celestial kingdom who wants to go there on the works of someone else. Every man must go through on his own merits. We might just as well learn this here and now.” (“In Mine Own Way,” Ensign, November 1976, 123)

“Because of what He accomplished by His atoning sacrifice, Jesus Christ has the power to prescribe the conditions we must fulfill to qualify for the blessings of His Atonement. That is why we have commandments and ordinances. That is why we make covenants. That is how we qualify for the promised blessings. They all come through the mercy and grace of the Holy One of Israel, ‘after all we can do’ (2 Nephi 25:23).” (“Two Lines of Communication,” Ensign, November 2010, 84)

Mormons will need to determine whether Mr. Uchtdorf’s teaching signals an about-face in Mormon doctrine, or is merely customary Mormon Church double-speak. While I want with all my heart to believe that LDS leaders have come to recognize the biblical truth of God’s grace and are now engaged in pouring this truth out and over parched and exhausted Mormons who thirst desperately for this Living Water, I fear that Mr. Uchtdorf has just repackaged and rephrased Mormonism’s grace-plus-works gospel.

As I listened to his talk, keeping in mind the different ways Mormonism defines biblical words (e.g., six different definitions for the words “saved” and “salvation”; three different “heavens”; six steps leading to “true repentance”; etc.), I became convinced that nothing has changed in Mormonism. The canonized Articles of Faith remain the same, teaching that “mankind may be saved by obedience to the laws and ordinances of the gospel” (Article of Faith 3). The Book of Mormon still says, “…if ye shall deny yourselves of all ungodliness and love God with all your might, mind and strength, then is his grace sufficient for you…” (Moroni 10:32). And the living prophet of the Mormon Church has not recanted his teaching, “It is the celestial glory which we seek. It is in the presence of God we desire to dwell. It is a forever family in which we want membership. Such blessings must be earned” (“An Invitation to Exaltation,” Ensign, May 1988, 53).

In the end, it should be noted that Mr. Uchtdorf defined “grace” in keeping with the standard Mormon definition of “an enabling power” (LDS Bible Dictionary, “Grace”). He said God’s grace is “the divine assistance and endowment of strength by which we grow from the flawed and limited beings we are now, into exalted beings of truth and light.” (3:30). He explained that our gratitude resulting in obedience will “merge our works with God’s grace” (14:16). And perhaps most significantly, Mr. Uchtdorf said, “Jesus Christ has cleared the way for us to ascend to heights incomprehensible to mortal minds” (18:20). 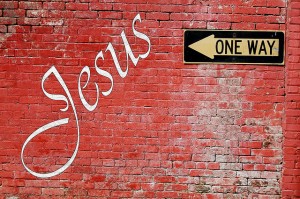 Friends, Jesus hasn’t cleared the way, He is the way – the only way (John 14:6). Until this truth – this Savior — is fully embraced and proclaimed by the LDS Church, all the Church’s messengers have to offer is “smooth” speech by which “they deceive the hearts of the unsuspecting” (Romans 16:18 NASB).

If you are interested in additional analyses related to Dieter Uchtdorf’s talk, check out “Sunday Morning Talk on Grace Review” by Bobby Gilpin and/or “The Ticket or The Airline: Salvation vs Exaltation in Mormon Soteriology” by Thinker of Thoughts.