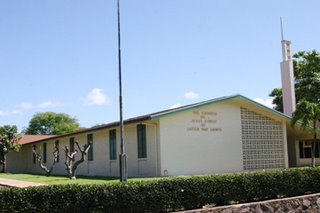 The March 24th Molokai Island Times carried a story about a journalist’s first visit to an LDS Sunday service. Following are a few quotes from the article.

The journalist seems to have recognized the LDS worship service’s heavy emphasis on Joseph Smith. I’m glad he included that in his article. I think it’s interesting, too, that he chose to quote the last remark: Latter-day Saints are counseled against sharing the deeply spiritual teachings of the temple with non-Mormons. Wouldn’t any non-Mormon be puzzled by this? Mormons should not share what they learn?

It’s evident in this Molokai Island Times report that, while the name of Jesus crops up here and there, He is not the focus of a typical Sunday morning at the Mormon Church.