A living message to a dead world

“Paul entered the synagogue and spoke boldly there for three months, arguing persuasively about the kingdom of God.” –Acts 19:8 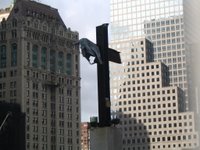 Some would say that making an overt apologia (“defense”) for the Christian faith is something that is ineffective and thus should be avoided. In this Postmodern culture, a Christian who insists on exclusive truth (i.e. “there is only one way to God”) can too often be written off as narrow-minded and possibly even bigoted.

Does anyone know the origin of such an idea? It can’t be the Bible since God’s Word clearly shows that we must use every means available whenever we share the Gospel. After all, didn’t Jesus himself say that we are supposed to be “wise as serpents but innocent as doves” (Matthew 10:16). This comes by the power of God, as Paul told the Corinthians that the way He went about sharing truth was not with overly wise philosophy but with the power of the Spirit.

He wrote, “My message and my preaching were not with wise and persuasive words, but with a demonstration of the Spirit’s power, so that your faith might not rest on men’s wisdom, but on God’s power” (1 Cor. 2:4). He added in verse 13 that “this is what we speak, not in words taught us by human wisdom but in words taught by the Spirit, expressing spiritual truths in spiritual words.”

Yet in Acts 19 Paul is caught in up the Spirit, “arguing persuasively about the kingdom of God,” at a Jewish synagogue. This was his typical MO during his missionary journeys, as he usually headed straight to the synagogue upon arrival at a new city. How often he was beaten up and almost killed for his unpopular tactics! In fact, he says in 2 Cor. 11:16ff that five times he received “forty lashes minus one”; he was thrice beaten with rods and stoned; and he ended up in prison frequently, often because he was willing to take a stand and not water down the truth. Wherever he found himself, whether in a public square in Athens with philosophers (Acts 17) or disagreeing with Peter about a principle involving doctrine (see Gal. 2:11ff), Paul was not afraid to made a public stand for the truth.

So what has happened in the 21st century? Why do some Christians say they don’t want to offend anyone and thus become shy when it comes to telling others about the truth of God’s Word? Except for those Christians who consider themselves Pluralists (Universalism, which is the belief that all people eventually make it to heaven) or Inclusivists (the idea that Jesus can be found in other religions and sincerity earns heaven), most evangelical Christians are Exclusivists, saying that anyone without a relationship with the Jesus of the Bible is headed toward an eternity of separation from God. If Exclusivism is true, then anyone who touts a don’t-rock-the-boat mentality and couches their words carefully so they don’t (God forbid!) offend someone is willing to hide words of eternal life.

But if the Atheist, Muslim, Hindu, and Mormon are headed to an eternity of complete separation from God, don’t we have a responsibility to tell them about the Gospel message?

I like Ray Comfort’s evangelistic tactic (see Way of the Master), as he uses the law of God to show how inadequate the sinner is before an all-holy God. Using a system he calls “WDJD,” he starts off by asking people, “Would you say you are a good person?” More often than not, they will say “yes.” Then comes the tough question: “Do you keep the 10 Commandments?” It is fascinating to see how people react, as most reply, “Of course I do,” since they’ve never murdered or committed adultery. They are, they think, good people, much better than the sinners who kill and cheat.

Comfort then follows up with these questions: “Have you ever hated anyone? Have you ever lusted? Have you ever stolen anything?” At this, the person realizes that he’s been caught and has fallen short of God’s glory (Romans 3:23). Comfort has found that getting a person lost before providing him/her of the gospel message results in a better opportunity to get him/her found by the Master.

Is this tactic offensive? As long as we are patient and loving–no finger pointing or screaming is needed!–I believe people will understand the sincerity that motivates Christians like Comfort to unabashedly share their faith. One interviewer connected with Comfort’s organization asked a dozen different people who had just heard about this plan of salvation if they were offended. “Of course not!” the answer came back time and again. While they might not have agreed with the Christian’s reasoning or were not ready to become Christians, they understood that the main motivation of the person witnessing was to help them, not tear them down.

For those who could get offended (“How dare you say there’s only one way to God”), Galatians 4:16 puts it very clearly when Paul wrote, “Have I now become your enemy by telling you the truth?” We tell the truth because we care about people. To not tell a person in a burning house about the consequences of remaining in the house would be considered neglect.

So if anyone tells you that it’s not politically correct to give a clear gospel message to a lost world, just ask them for a biblical precedent where Jesus, Peter, or Paul didn’t make the most of the opportunities they were given. I doubt they’ll find anything that suggests we ought to neglect telling others the Gospel message lest we may cause them to become offended.

This entry was posted in Friendship, Interaction, and Evangelism and tagged Gospel, Preaching. Bookmark the permalink.

7 Responses to A living message to a dead world