General Conference “Just Doesn’t Do It” For You? You’re Not Alone

Posted on October 5, 2007 by Aaron Shafovaloff 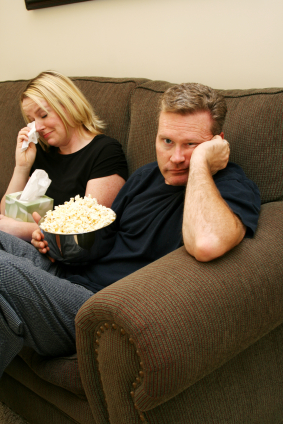 To be sure, non-Mormons interested in Mormon history find the General Conferences of early Mormonism much more exciting that those of today. Of the good ol’ days Will Bagley said, “this was a time when they didn’t write up all these speeches, send them in to the correlation committee, get them back, read them from the teleprompter, and if necessary, re-tape them.” (>>)

But non-Mormons aren’t the only ones who find Conference lacking. Mormon Kevin Barney, on the 501c3 board of FAIR, a Mormon apologetics group, writes:

“I just can’t get very excited over conference… I guess part of it is that it all seems so boring, so obvious, so cliched. The constraints of modernity–talks have to be vetted beforehand, the timing has to be to the second in a TV age, nothing too new or controversial may be broached–means there are no Brigham Youngs’ or J. Golden Kimballs’ or LeGrand Richards’ any more. The delivery is uniformly bland and monotone, the content is mostly highly repetitive. One of the curses of being a lifelong member of the Church is that there is nothing new under the sun. I know how heretical this sounds, and trust me, I’m not trying to proselyte anyone to my perspective. I’m glad most of you find spiritual nourishment in conference. I’ve heard the apologetic that they always teach the basics because we haven’t really learned them yet. I realize that I’m in a minority among members of the Church. But conference just doesn’t do it for me.” (>>)

“Today’s bland platitudes do not compare with the spirit-driven exegeses and calls to service that used to be common. Since the Conference talks have been correlated and homogenized, I find them mostly boring and repetitive, and I remain totally uninspired by the ‘large and spacious building’ in which they are now delivered.” (>>)

“After years of just reading the conference Ensigns, I watched the Sunday sessions of April Conference. It was a mistake. Is anyone else struck by the grimness of it all? Almost no speaker smiled. President Hinckley did, as did Elder Jenson and RS Counselor Anne Pingrey, but most never showed the slightest positive expression. There’s joy in the gospel, but a nonmember happening upon Conference would not get an inkling. The average funeral is more joyful.” (>>)

“I often get the feeling that many LDS love General Conference because it is something that they have been taught and constructed [sic?] to do. It reminds me of hearing my grandmother and aunt telling everyone how wonderful the new Joseph Smith movie in Salt Lake was. I couldn’t help but feel like they would have been saying the exact same thing had the film been un-engaging, poorly written, over-dramatized, and historically inaccurate.

“Like much of what goes on in this culture, GC has an a priori status of being wonderful, fantastic, edifying, and ‘the greatest ever’ because it is an official Church production. No matter how boring, mundane, repetitive, or uninspiring a talk may be, it already has the status of being lively, exciting, ‘just for us,’ and inspiring – before it is even read.” (>>)

Don’t worry, we won’t leave you hanging. Allow us to suggest some alternative conferences:

Also, if you’re hungry for some great praise music, you won’t regret buying these songs on iTunes: