Mormons seeking to prove that Latter-day Saints (and the LDS Church) are Christian often resort to a certain apologetic argument that is woefully lacking in substance; nevertheless it continues to be bandied about with reckless abandon. LDS Prophet Gordon B. Hinckley uses this argument, and it is unendingly repeated by Mormons in manifold venues. Here it is, from a recent letter-to-the-editor in a Long Beach, California paper:

“It is ironic that many state that ‘Mormons are not Christian,’ when the name of the church is the Church of Jesus Christ of Latter-day Saints.”

Surely there are better ways to defend the nature of the LDS Church. 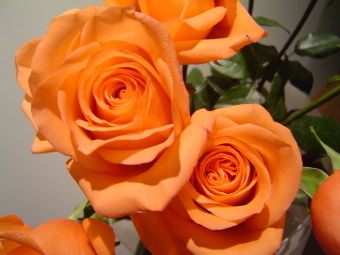 William Shakespeare put these words into the mouth of Juliet: “What’s in a name? That which we call a rose by any other name would smell as sweet.” Juliet told Romeo that what something is called does not necessarily correspond to what something actually is.

Some real-life examples for the sake of illustration:

• Mormon Coffee is neither Mormon nor a beverage.
• Mitt Romney is not, in reality, something to be worn on the hand.
• A Ford Taurus is not a constellation comprised of star clusters including the Hyades and the Pleiades.
• Long Island Iced Tea contains vodka, tequila, rum, gin and triple sec; but, in fact, it is not, nor does it contain, tea.
• Los Angeles, often called the City of Angels, has a population of approximately 4 million people; it is not truly populated by celestial beings.
• The World Church of Jesus is Satan, founded in Detroit, Michigan in 1993 by Thayalan Reddy, is not a Christian church despite the name of Jesus in its title.

Mormon Fundamentalist groups offend the LDS Church by calling themselves “Mormons.” The LDS Church clarified in a commentary on its web site:

“Polygamist groups in Utah, Arizona or Texas have nothing whatsoever to do with The Church of Jesus Christ of Latter-day Saints. To refer to them as ‘Mormon’ is inaccurate.

“When referring to people or organizations that practice polygamy, terms such as those given in the first paragraph above are incorrect. The Associated Press Stylebook notes: ‘The term Mormon is not properly applied to the other … churches that resulted from the split after (Joseph) Smith’s death.'”

The LDS Church recognizes that Mormon Fundamentalists are not actually Mormons even though they are called by that name.

So let’s put this silly “We’re Christians because our Church is called The Church of JESUS CHRIST of Latter-day Saints” argument to rest. Instead, let’s talk about who Jesus Christ is and what He has done for us.

97 Responses to Proving Mormonism is Christian