Romney gets it right – Beck got it wrong

During the Republican “Fox Forum,” news correspondent Chris Wallace pressed candidate Mitt Romney about his “attack ads” against John McCain and Mike Huckabee. Romney responded to this line of questioning with an answer I’ve heard him give before. Essentially he said his ads were not an attack, but merely a “comparison.” I happen to agree. I have no problem when politicians run ads that recount an opponent’s record; so for me, “comparison” ads are absolutely fair and I think necessary, because they tend to remind voters of things they may have overlooked or did not know. But here’s where many Mormons fall prey to the logical fallacy of equivocation. When Christians write articles that “compare” the teachings of Mormonism to that of Christianity, the Mormons rarely see them for what they are – a comparison. Mormons are often quick to accuse those who are critical of Mormonism as attacking their faith. Well, I’m glad to hear Mitt set the record straight. 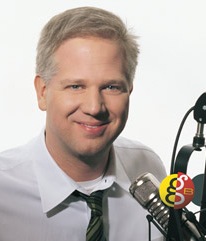 This may also come as shocker to some, but I like listening to Mormon radio talk-show host Glenn Beck. I find him to be very entertaining, and though I don’t agree with everything he says, I have often found myself laughing out loud at some of his pithy comments. However, Beck committed a horrible logical fallacy on January 8th when he used the word bigotry to describe voters who say they would never vote for a Mormon. He “compared” this to those who claim they would never vote for a black man.

Here’s the problem. Skin color is a God-given attribute that a person has no control over and cannot change, nor should they. When it comes to what makes a person who he is, skin color, in and of itself, is really a benign factor. However, religious beliefs, like political beliefs, are views that must be learned and can be either accepted or rejected. Political ideals, like religious ideals are gleaned from a variety of sources and are subject to debate and disagreement. Both carry with them truth claims that automatically assume all other truth claims that conflict with them are of necessity, false. Differences of opinion are expected to be challenged when they trample on another’s truth claims yet nobody uses the term “political bigot.”

As a talk-show host Beck challenges truth claims on a daily basis, and I support him for it. However, when it comes to religious ideology, he expects us to set aside this standard when a Mormon candidate is involved. It isn’t that Beck does not understand the power of religious persuasion. In November of 2006 he demonstrated this all too well when he interviewed Muslim Congressman Keith Ellison (D-MN). Said Beck, “Sir, prove to me that you are not working with our enemies.” He added: “I’m not accusing you of being an enemy, but that’s the way I feel, and I think a lot of Americans will feel that way.” Would Beck have been inclined to ask this if Ellison did not have an Islamic worldview? I don’t fault Beck for asking these questions, nor do I consider him a bigot for daring to say what he said. Just the same, people who do not share a Mormon worldview should be free to express their disagreement without fear of being given a negative label.

This entry was posted in Mitt Romney and tagged Glenn Beck, Mitt Romney. Bookmark the permalink.

5 Responses to Romney gets it right – Beck got it wrong