If Mormonism is a lie, what should people do about it?

Posted on February 22, 2008 by Aaron Shafovaloff 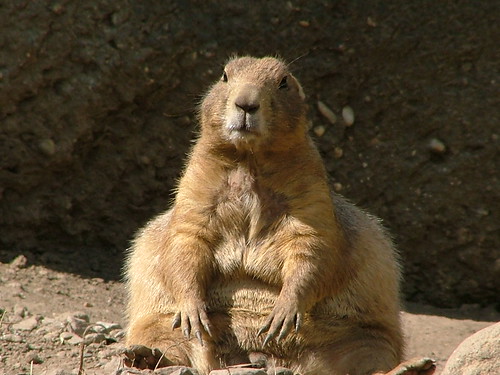 If Mormonism is false, should we do nothing about it?

There seems to be a pervasive notion among many non-Christians that even if Mormonism is a religion fundamentally based on lies, people who know about it should, in a manner of speaking, simply sit back, kick up their feet, and take up wine-tasting. To quote Kevin Barney, a Mormon apologist associated with FAIR:

“I like to think that were I ever to leave, I would simply walk away. This has been the case with those of my family who are no longer involved in the Church, and I hope that I would be able to follow their example should it ever come to that.

“But I may be deluding myself. I have a huge intellectual investment in Mormonism (much, much more than any of my family members who have disengaged), and I can see how it would be hard not to remain engaged in thinking and writing and talking about Mormonism, albeit from a different perspective. Still, I like to think that I would indeed just walk away, take up wine drinking and focus my scholarly sensibilities on something else. Even if I came no longer to believe, I think I would still see the value in the Church for others and would not want to interfere with anyone else’s beliefs.” (>>)

I do not find this to be very loving. I want to live my life in such a way that I treat people the way I would want to be treated if I were in their shoes, especially considering what I know now. It is hard for to think, “If I was a worshiper of Baal and Yahweh was the one true God, I would hope that people would help me stay in ignorance or delusion or hardheartedness.” If I was a Mormon, and if Mormonism was based on a con-man, and if the Bible were still trustworthy in what it says about God and salvation and false prophets, I would want someone to “interfere” with my beliefs. Letting me go my merry way in a delusion isn’t loving. That kind of “tolerance” is for the lazy and cowardly who lack the moral integrity to step up and be gutsy, iconoclastic whistleblowers. Jesus wasn’t lying when he said, “and you will know the truth, and the truth will set you free”  (John 8:32).

If Mormonism isn’t true, it would be incredibly loving and pro-Mormon to help destroy the religious system which enslaves the Mormon people with false promises.

Tragically, I have met scores of Mormons who disagree. I ask them, “If Mormonism isn’t true, would you want to know? If Mormonism isn’t true, and if it is leading people down a spiritually destructive path of damnation and enslavement to deceit, what should Christians like me do about it?” The answers are often shocking, but they reveal the heart’s condition. Apart from the radical, life-changing, perspective-revolutionizing, worldview-shaping work of the Holy Spirit, even the most relevant scripture and compelling arguments for the importance of truth cannot circumcise a calloused heart. As Jesus said, “Do not marvel that I said to you, ‘You must be born again.’ The wind blows where it wishes, and you hear its sound, but you do not know where it comes from or where it goes. So it is with everyone who is born of the Spirit.” (John 3:7-8)

Knowing this, Christians are called to be patient and kind, to persist in teaching and correcting, praying that God would “grant them repentance leading to a knowledge of the truth” (2 Timothy 2:22-26). “What is impossible with men is possible with God” (Luke 18:27).

For discussion: How would you answer the two aforementioned questions?

Note: This thread is not about whether Mormonism is true or false, but rather about what one should do if it is indeed false. Even if you firmly believe Mormonism is true, I would hope that you would still be able to answer the question instead of merely criticizing the hypothetical.

100 Responses to If Mormonism is a lie, what should people do about it?